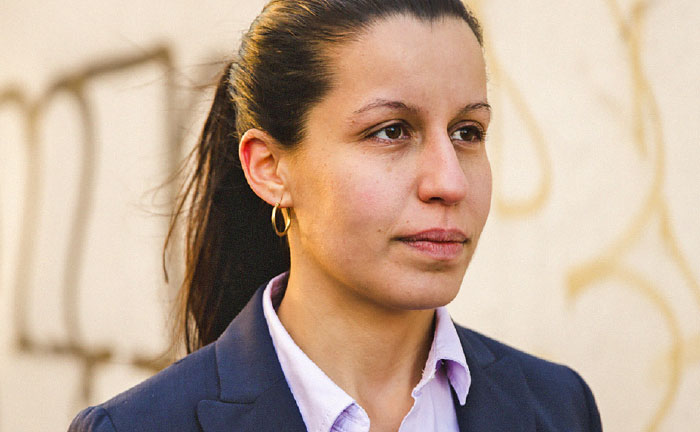 It seems that Tiffany Cabán has pulled off one of the greatest all-time borough political upsets. As of Wednesday morning, she had stretched her lead to 1,199 votes over the heavily favored Melinda Katz in the Democratic primary for district attorney. On Election Day, tallies had her besting the borough president by 1,090 votes.
While approximately 3,500 absentee ballots still have to be counted, all signs point to the public defender from Richmond Hill as the Dems’ candidate to succeed the late, legendary Richard Brown as the Queens’ top law enforcement official.
However, as shrewd City Councilman Eric Ulrich (R-Ozone Park) pointed out to Cabán last week: “Don’t count your chickens before they hatch…The race for Queens district attorney will be decided in November.”
But in a borough that is decidedly Democratic—and increasingly progressive—Cabán is a virtual lock to take the general election this fall.
So who is Tiffany Cabán? Let’s take a look at who is poised to look out for you.
Cabán was born in Richmond Hill to Puerto Rican parents who grew up in the Woodside Houses. Her father worked as an elevator mechanic and her mother took care of other people’s children. Cabán attended PS 62 in Richmond Hill and JHS 210 in Woodhaven, and later attended St. Francis Preparatory High School in Fresh Meadows. Prior to earning a juris doctorate from New York Law School, Cabán graduated from Penn State with a bachelor’s degree in crime, law, and justice.
According to Cabán, “in four years at New York County Defender Services and three years at the Legal Aid Society’s Criminal Defense Practice, she has represented more than 1,000 indigent clients in cases ranging from turnstile jumping to homicide. Throughout her professional career, she has used the law to help New York City’s most vulnerable communities, and her experiences advocating on behalf of her clients have helped her identify some of the worst inequities of our criminal justice system. It is a system that criminalizes poverty, mental health issues, and substance use disorder.”
To that end, Cabán has famously (or infamously—depending on where you stand on the issue) pledged to decline to prosecute “all sex work-related charges, fare evasion, low-level marijuana possession, trespassing, disorderly conduct, loitering, drug possession and welfare fraud,” as THE CITY reporters Christina Chung and Josefa Velasquez noted on election night.
So what will she prosecute?
Perhaps Acting Queens DA Jack Ryan put it best back in April:
“Running a district attorney’s office is not about snappy slogans and the latest fad. It is hard work. It is risky work. It is not about releasing career criminals from jail solely for the purpose of further reducing the population in a city that has already slashed those in custody by more than 42 percent over just the last 10 years. It is about doing what is right, it is about doing justice for all. In some instances justice for a defendant and society is an alternative sentencing program, in other situations incarceration is what justice requires. The people of Queens have had, and deserve to continue to have, a district attorney that knows when to pick one over the other. Victims are entitled to justice too, yet ‘victim’ is a word that is missing from much of the current campaign rhetoric. The people deserve a DA that never forgets victims. We do what is right because that is what Judge Brown has taught us—all could learn from him—including those who seek to replace him.”