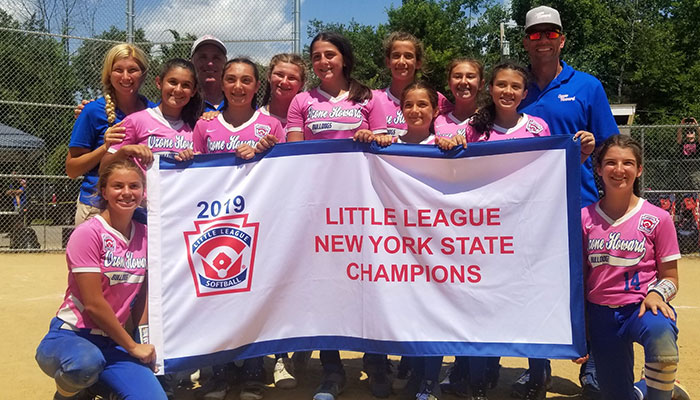 The Ozone Howard Bulldogs softball team last weekend secured the title of New York State Champions after travelling up to Fishkill, N.Y., and absolutely mauling its competition.
The gifted girls outscored their opponents 39-0 over the first three games before besting North Shore Little League, 6-1, in the title tilt on Sunday to raise the trophy.
Next up is the Eastern Region Championship this weekend in Bristol, Conn., where the top East Coast teams will battle to earn a spot at the Little League Softball World Series next month in Portland, Ore. The NY champs play their first game against Maryland this coming Saturday at 1 p.m. All games will be televised on ESPN+.
Good luck, girls!