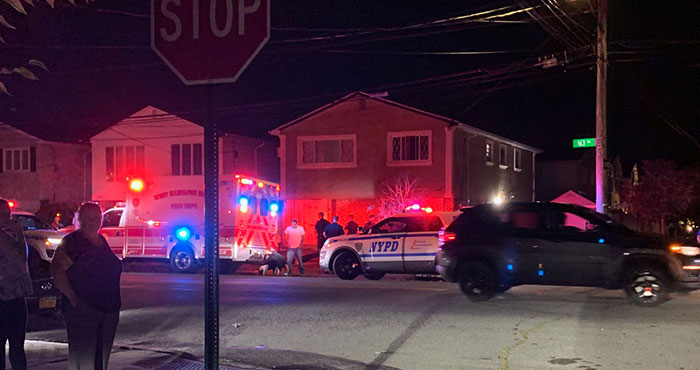 By Michael V. Cusenza
What began ostensibly as a summer house party devolved into downright anarchy Monday night, leaving one Howard Beach block bewildered and rattled.
The owner of the house at 89-04 163rd Ave. apparently rented out the entire edifice via Airbnb, the embattled online marketplace and hospitality service brokerage company based in San Francisco. According to eyewitnesses nearly 100 revelers showed up—and they were not observing library rules. After police were called to the location, the partygoers—many inebriated—scattered up and down the block, sparking mayhem and reports on social media of a “brawl” in Howard Beach “involving 80-100 people.”
Following a meeting Tuesday morning with 106th Precinct brass, Howard Beach Lindenwood Civic Association Executive Committee member Maria Asaro reported that the owner of the property where the incident occurred reassured 106th Precinct Neighborhood Coordination Sgt. Singh “that the home was longer up for Airbnb rentals.
“Sgt. Singh also advised that there will be an increase in police presence in the area in the interim,” Asaro added. “Furthermore, residents are asked to refrain from any confrontations and to contact NCOs for any issues and/or concerns.”
A cursory search showed that at least 25 locations in Howard Beach are available on Airbnb.