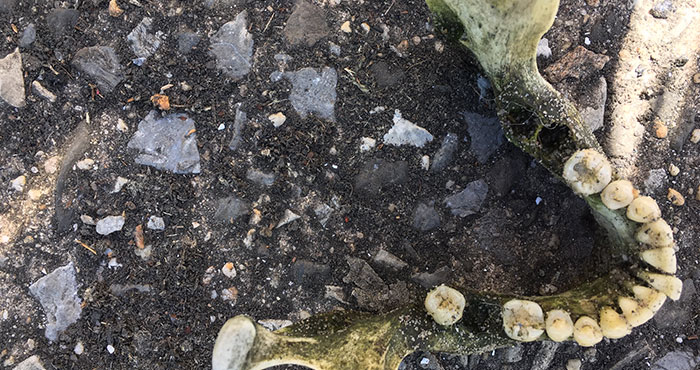 The lower jawbone of a human female was recently discovered in the marsh area along the Jamaica Bay shoreline.

By Michael V. Cusenza
Following a new development in the case of a missing woman whose body was discovered along the shores of Jamaica Bay three years ago, the City Police Department and Chief Medical Examiner this week reached out to the public for any information that can lead to identifying her.
On Saturday, May 18, volunteers with the Charleston, S.C.-based Wounded Nature – Working Veterans a non-profit organization that removes trash and debris from coastal areas, found the lower jaw of a human in the marsh area along the Jamaica Bay shoreline. After verifying that indeed it was a human jawbone, National Park Police and NYPD investigators contacted the Office of the Chief Medical Examiner.
City ME staff subsequently conducted DNA tests and found a match to a body that had been discovered decomposing on the shoreline of Jamaica Bay near Floyd Bennett Field on Sept. 14, 2016. According to authorities, the body has some distinctive tattoos, including a panther with claws on the abdomen, black cross on right ring finger, and a needle through a tongue on the left back shoulder, among others.
Though the condition of the remains was officially listed as “not recognizable – Decomposition/putrefaction,” the woman had: strawberry blonde wavy hair measuring approximately 12 inches in length; a belly-button ring with a clear stone; and a large, linear scar/hypopigmented area on the side of the upper right thigh.
To view the tattoos and case, visit: namus.gov/UnidentifiedPersons/Case#/15911/.
If you have any information that can lead to identifying the woman, call the NYPD Missing Persons Squad at (212) 694-7781.