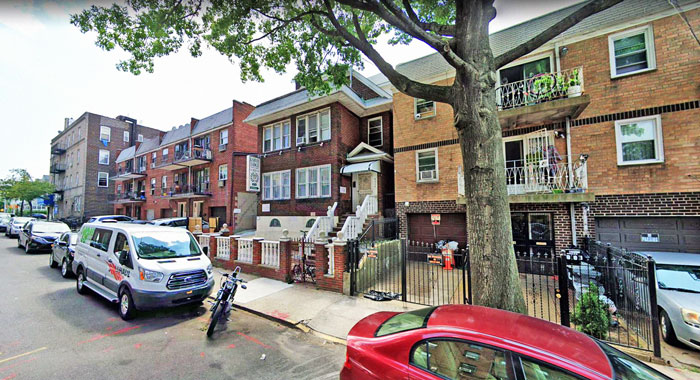 The body of Chef Andrea Zamperini was found in a room at the Kamway Lodge hostel on 77th Street in Elmhurst.

A Rego Park woman has been hit with drug charges linking her to the recent deaths of three men at three borough lodging establishments, according to federal officials.

Angelina Barini, 41, was arraigned Monday on a criminal complaint charging her with conspiracy to distribute and possess with intent to distribute one or more substances containing fentanyl. She was remanded into custody.

According to the complaint, between July and August, law enforcement authorities, including Homeland Security Investigations, have been looking into several lethal drug overdoses that have occurred in Queens hotel rooms. Based on the probe, federal officials have tied Barini, an admitted prostitute, to the deaths of at least three clients.

According to HSI, in each case surveillance footage allegedly shows the victims in Barini’s company prior to entering their rooms with her—none of them appear on camera exiting those rooms at a later hour.

On July 4, around 11 a.m., the body of “John Doe-1” was discovered dead inside a room at the Airway Inn at LaGuardia Airport in East Elmhurst. The Office of the Chief Medical Examiner stated that the cause of Doe-1’s death was acute intoxication due to the combined effects of alcohol, methamphetamine, cocaine and fentanyl.

A week later, on July 11, Jean-Alessander Silvero, 28, was found dead at the Crown Motor Inn in Elmhurst. Silvero died as a result of fentanyl intoxication, the medical examiner reported.

And on Aug. 21, around 8:30 p.m., the bed linen-clad body of noted Chef Andrea Zamperini, 33, was uncovered in a garbage can in the corner of a room at the Kamway Lodge hostel in Elmhurst. An external examination revealed no trauma. The toxicology report is pending.