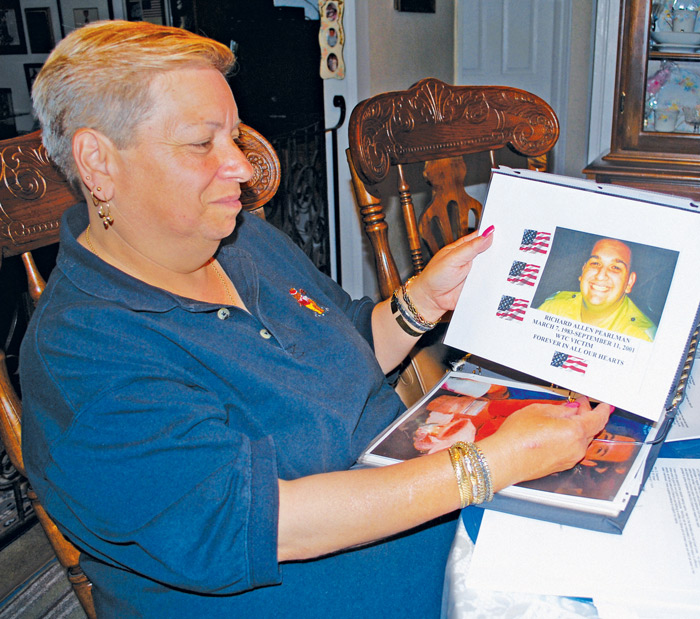 New Yorkers are different. We are unique.

We are the most humble, grateful, and selfless people on the planet. Our ugly side often rears its head, too. We can be the most obnoxious, selfish, and entitled folks the human race has ever produced.

For example, we were at our finest on Sunday, Sept. 8, when the Forest Hills Volunteer Ambulance Corps and Punishers Law Enforcement Motorcycle Club organized the fourth annual “9/11 Run for Richie,” to honor of Richard Allen Pearlman, the Howard Beach resident and FHVAC emergency medical technician who sacrificed his life at the World Trade Center during the Sept. 11 terror attacks.

Hundreds of motorcycles rumbled from South Ozone Park to Williamsburg, Brooklyn, on Sunday to celebrate Pearlman and raise funds for the FHVAC. The Run for Richie annually recalls the heroism of Pearlman, 18, the youngest first responder to perish on that Tuesday morning 16 years ago. According to the Punishers, Pearlman “headed to the WTC on foot from his job at a law firm and was ordered back to his job by his employer for safety reasons, but remained at the WTC site. A picture on pages 16-17 in Newsweek’s Extra Edition of America Under Attack shows Richie aiding the injured.”

“On behalf of myself and my family, I want to Thank FHVAC , Alan Wolfe , PJ Marcel , and the Punishers for the Outstanding job on Sunday 9/8’s Run For Richie,” Richie Pearlman’s mom, Dorie, wrote in a letter to The Forum. “Without the teamwork and all the participants it could Never have happened. It is truly appreciated the dedication given to keep Richard’s name alive as well as all the people Murdered on September 11, 2001. Yes I said Murdered because it was no accident there was intent to do harm. It was done by a group of Cowards with one mission to Destroy and Conquer. The Run for Richie is one way amongst many to show how Strong and United we are; there were people of all walks of life, religious and ethnic backgrounds showing that we are One Strong Force to reckon with; united for a cause, We Will Never Forget.”

The organizers, the volunteers, the turnout—it makes you believe in the best humankind has to offer.

However, our ugly cousins weren’t far behind. Several selfish souls turned to social media (of course) to complain about the traffic delays the Run for Richie “caused,” and how this wonderful charity event apparently ruined their already pointless existences.

“For the people who wrote or said things on Facebook or elsewhere, they should look in the mirror and thank everyday they have with their Loved ones, and Never have to face what thousands of people like myself face every day. They were upset because the delay of traffic—well, time can be made up, a Life cannot be made up. Once it’s gone it’s gone Forever. No amount of time, money or material things can bring back a Loved One. So those complaining should get off their high horses and thank God for every day they have with family and friends.”

For your letter. And for Richie.