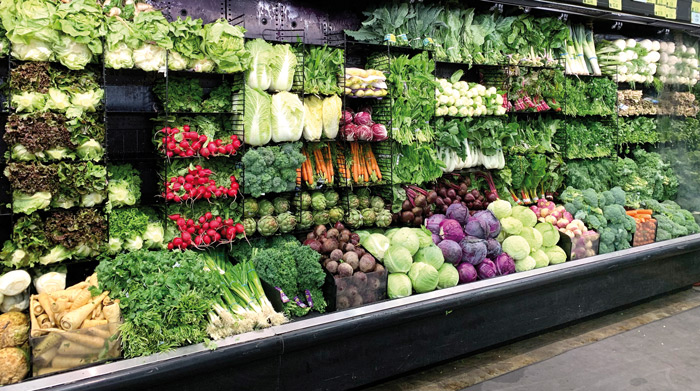 When the curtain comes up on The Food Emporium, formerly Key Food, initiating a four-day Grand Opening celebration that begins next week on October 11, far more than a jaw-dropping project will be revealed at the Howard Plaza Shopping Center in Lindenwood.

The labor-intensive effort began in October of 2015 when the Almonte family committed to cleaning up the degraded property then operating under the Waldbaum’s logo as a part of the now defunct A&P Tea Company.

Initially, the massive undertaking included bringing the location up to satisfy health codes and safety issues long avoided by the former operators. Floors, walls and ceilings were stripped. Molded and broken showcases were quickly disassembled and removed; equipment was replaced, repairs were made and things started to take shape.

But the real story behind the showpiece to be unveiled next week began decades ago, on a 27,000 acre coffee plantation in the Dominican Republic. It was there that the backbreaking work ethic, dedication and commitment to quality, that today hallmarks the Almonte family, took shape.

Frankie and Anthony Almonte, who remain the faces of the Lindenwood location, along with their cousin Richie, credit their ambition and success to the humble roots of their grandfather, coffee farmer Emilio Almonte and their own fathers who started in America by building a network of bodegas in Brooklyn.

“Supermarkets are hard,” says Anthony Almonte, “but bodegas are grueling.”

But it was not the work that steered the cousins Almonte away from the family’s bodega enterprise—rather the desire to do more—to do better.

“This store is the culmination of generations of hard work,” explained Frankie Almonte. And in unison both cousins echoed the importance of the family, “We grew up a block away from one another. We were always together, just like our fathers.”

Today many of Emilio Almonte’s brood is involved in the business. “The family that does not do business with us is the family who likes to have the weekends off, “ jokes Anthony, “but we are all together no matter what we do professionally.”

In fact it is the “family theme” which both men always return to. Whether they’re speaking about their children, their co-workers or their business. “We inherited a behavior,” says Frankie. “We are dedicated to our family, to our business, to our customers. It’s just the way it is.”

Unquestionably one of the strongest testaments to the strength of the Almonte clan is that among Emilio’s 16 children and then among their children, there has never been a divorce in the family.

“There is no quitting. Not in family and not in business,” Frank declares unhesitatingly. And the proof of that practice is evidenced in every pristine aisle of the Emporium.

The family currently owns eight stores in Brooklyn and Queens with the new Food Emporium viewed as a symbol of the evolution of the family. And the values instilled in young children wandering through lush plantation grounds and picking coffee beans has transformed scores of American lives.

Even to the casual observer, the represented Almonte “tradition” is undeniably true. It is not necessary to know them to see the respect and the love they encourage from staff and customers as they wander through the store, stopping and jumping in to help at any juncture.

Operating manager of Howard Plaza, Cathy Napolitano says that the addition to the Almonte’s to the tenant pool at the shopping center has done worlds of good. “They have totally raised the bar and are leading the way to providing our customers with a shopping experience they cannot capture anywhere else in the area and far beyond it.”

To that end Napolitano has initiated and is currently overseeing a renovation around the entire shopping plaza which includes a complete repaving and stenciling of the parking lot, new overhangs, canopies, storefronts, lighting and an elevator leading to second floor businesses as well as the hiring of a private security force.

But what differentiates the Almonte’s approach to creating the total “food experience” basically begins and ends with the establishment of individual high-end departments within the store.

The development of the bakery that occupies a huge area at the back of the store, where fresh loaves of Italian, French, olive, prosciutto and other specialty loaves are baked daily right in the open area of the bakery. A dazzling selection of Italian and French pastry, along with an array of specialty cakes, pies and cheesecakes will satisfy the eye and the sweet tooth of even the most discerning customer.

“The days of having to drive to Brooklyn or the Bronx to get great cake and bread are finally over,” says customer Frank DiGiorno, a local resident for 50 years. “To live in an Italian neighborhood and not to have a great bakery for all these years is ridiculous. But now thanks to these guys, tutto bene!”

There is a fresh seafood dept manned by a fishmonger, a custom butcher shop and a deli that rivals the best of the area’s specialty stores.

Please join us next week when we give you a more in-depth look at the people behind the departments that make this store a food destination for residents throughout southern Queens.