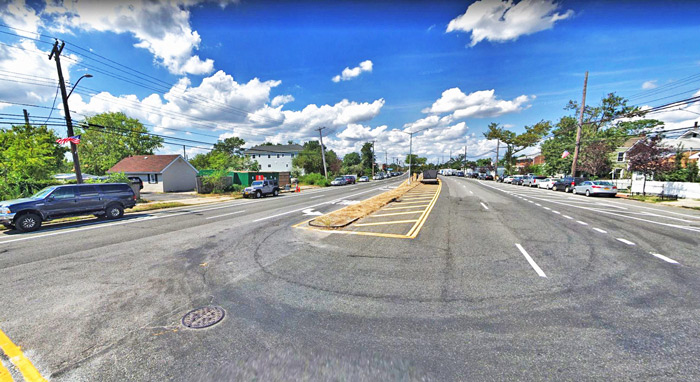 Bogan Darmetko became the 25th cyclist to be killed by a driver in NYC this year when he collided with an SUV on Cross Bay Boulevard near 4th Road in Broad Channel.

Two days after a cyclist was struck and killed by an SUV on Cross Bay Boulevard near East 4th Road in Broad Channel three area elected officials urged the City Department of Transportation to install protected bike lanes on the boulevard, between Broad Channel and Howard Beach, as well as a stoplight in the vicinity of where Bogdan Darmetko perished Sunday.

In the missive, Ulrich, Addabbo, and Pheffer Amato noted that since January 2016 there have been 273 crashes along Cross Bay Boulevard, injuring eight cyclists, four pedestrians, and 82 drivers. Last year, there were 68 crashes on the busy thoroughfare, injuring three cyclists and 22 motorists. And in December 2018, 74-year-old Waiching Chen was killed by the driver of a Ford Escape while she was in the crosswalk at 159th Avenue and Cross Bay Boulevard.

Pheffer Amato, who was raised in Rockaway, said the boulevard “has been a dangerous road for a long time—even with the streets marked clearly and signage visible. During construction over the past month, these issues were only exacerbated. DOT must take immediate action in protecting motorists, pedestrians and cyclists while conducting large scale improvements on our roads. This is an absolute tragedy and we must work to ensure public safety.”

The state-of-good-repair project was made possible with $2.125 million in funds secured last year by Ulrich.

“This roadway is well known in the community as a hotspot for speeding and is notoriously dangerous. DOT must evaluate these hazards immediately,” the councilman said. “My thoughts and prayers go out to Darmetko’s family and friends during this difficult time. While we can never give back what was taken from you, we vow to do everything in our power to ensure Bogdan did not die in vain.”

On Sunday around 2:40 p.m., the motorist in the SUV was driving northbound on Cross Bay Boulevard alongside Darmetko, 65, who was traveling the same direction. As the bicyclist approached East 4th Road, he made a left into the path of the SUV and was struck by the front driver-side of the vehicle. Darmetko is the 25th cyclist to be killed by a driver in the five boroughs this year.

“Far too often, the City reacts to an injury, or worse a fatality, before installing a safety measure to protect pedestrians from avoidable incidents. I prefer a more proactive approach in order to prevent such scenarios,” Addabbo added.