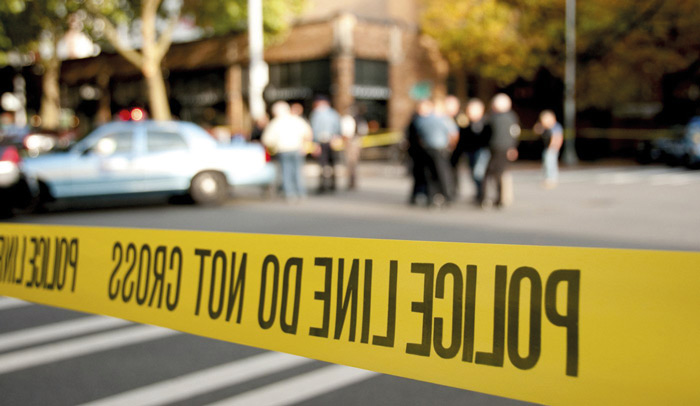 Acting Queens District Attorney John M. Ryan announced today that a 55-year-old Bedford-Stuyvesant resident has pleaded guilty – on the eve of trial – A Brooklyn resident has plead guilty to manslaughter on the eve before trial, for brutally stabbing of a Far Rockaway man to death.

Norbert Williams, 55, of Decatur Street in Bed-Stuy knocked on the door of Joseph Smart’s apartment and asked for the help in June of 2017. Smart told the victim he needed his help with a couple of guys who were bothering him and Smart barefoot and in shorts and an undershirt rushed to his aid. Williams and the 47-year-old victim entered the stairwell of the building, where the defendant suddenly attacked the man.

The victim sustained roughly 30 wounds to his upper body, including a deep puncture wound to his back that was so forceful a piece of the ice pick broke off and was stuck in the victim’s spine.

Acting District Attorney Ryan said, “This was a rage-induced stabbing frenzy that is wholly unacceptable. The defendant has now admitted to this heinous crime and is facing a lengthy term of imprisonment when sentenced.”

On the eve of jury selection, before Queens Supreme Court Justice Kenneth C. Holder the defendant plead guilty to second-degree manslaughter. Justice Holder set sentencing for January 28,2020 and indicated he will order Williams to prison for 24 years, to be followed by 5 years’ post release supervision.

According to the charges, both the eye glasses and boots that the defendant wore during the attack were tested and confirmed to have the victim’s blood splattered on them.