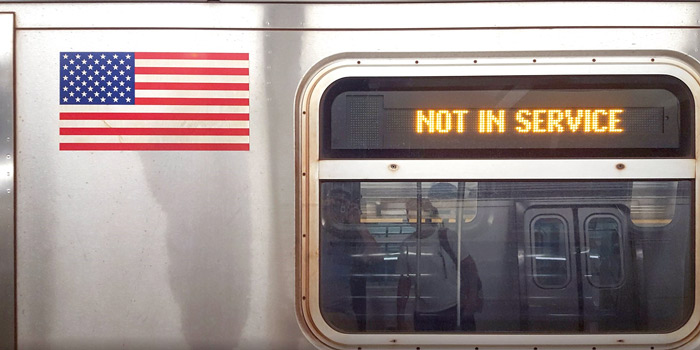 The Metropolitan Transportation Authority’s “top-to-bottom mismanagement” of a $600 million contract with Bombardier Transit Corporation to produce 300 subway cars is rife with dysfunction and defects—and nearly three years behind schedule, according to an audit released Monday by City Comptroller Scott Stringer.

According to Stringer, in 2012, the MTA entered into a $599 million contract with Bombardier for the design, production, and delivery of 300 R179 subway cars. The contract called for Bombardier to deliver 10 prototype cars to the MTA by January 2015 and all 300 cars by January 2017. Bombardier missed both deadlines—and by January 2017 had delivered only 18 of the 300 cars for which the contract called. As of the date of the audit, delivery is still incomplete and is now 35 months behind the original contract schedule, Stringer noted.

Although the MTA and Bombardier negotiated revised deadlines, a $1.27 million payment reduction, and Bombardier’s agreement to deliver 18 additional subway cars at no additional cost, Bombardier again failed to meet the extended deadline of January 2019, delivering only 162 cars by that date. As of December 2019—nearly three years after the original project completion date—the MTA has reported that 298 of the 318 cars now required have been delivered, of which 278 are in service, the comptroller reported.

“The taxpayers who foot the bill for the MTA’s $600 million contract with Bombardier were promised new, state-of-the-art train cars to help modernize the city’s ailing, outdated transit system. Instead, commuters are dealing with more delays and more subway breakdowns as we wait for trains that are three years behind schedule,” Stringer said. “This audit reveals that MTA’s top-to-bottom mismanagement of Bombardier’s contract—from missed deadlines to bad welding to poor design—cost New Yorkers as much as $35 million to keep old, broken-down cars on the tracks long past their expiration date. By shedding light on these issues today, we are urging the MTA to exercise far greater accountability, oversight, and responsibility in their management of these critical contracts. New Yorkers are paying for a 21st century subway system and deserve nothing less.”

The Comptroller’s Office noted that MTA New York City Transit said it “fundamentally disagrees with the audit conclusions in several respects. It is dramatically short-sighted of the audit to conclude that the completion of the contract had been substantially delayed from the outset of the contract in 2012. Further, in measuring the quality of Bombardier’s performance and NYCT’s oversight primarily on the basis of the original milestone dates, the audit fails to recognize the complexity of the typical rail vehicle design and manufacturing process and the valid reasons for delays that occurred including unforeseeable technical issues.”