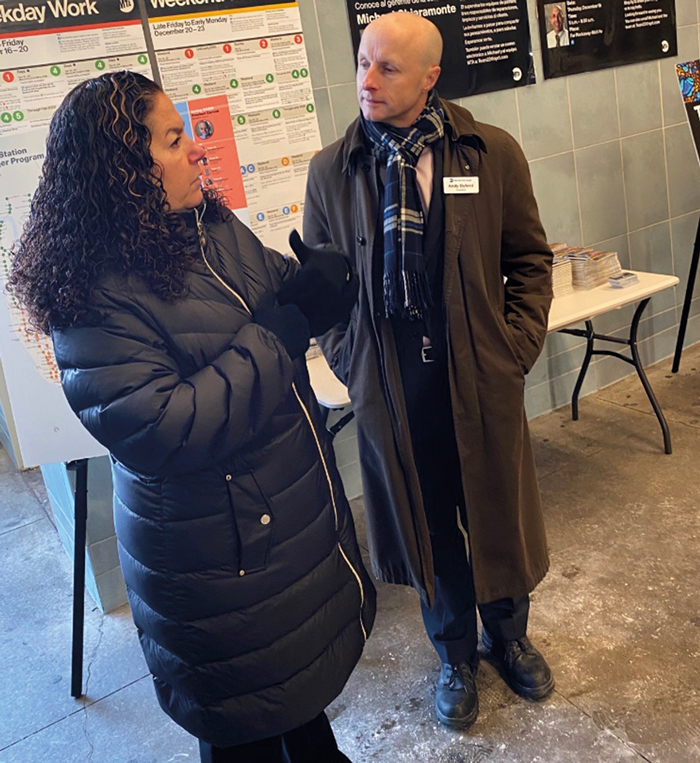 Byford and Pheffer Amato will co-host a Commuters Town Hall on Friday, Feb. 6, at 7 p.m. at the Rockaway YMCA in Arverne. It marks the first time that the NYCT chief has trekked to the 23rd Assembly District (Howard Beach, Ozone Park, Broad Channel, the Rockaway Peninsula).

The Metropolitan Transportation Authority has conducted several town halls across the five boroughs over the last two years, but this will be the agency’s first in Rockaway.

“The purpose of this meeting is to give our commuters a voice. As I continue my #MassTransitMonday tours around my district, I hear about their numerous challenges and journeys to and from work. My constituents’ daily commutes are some of the longest in the nation. That’s why I am so excited for them, and for us, to have this platform with President Byford,” Pheffer Amato said. “It is extremely important that our voices are heard and challenges considered, as the MTA moves forward with the modernization of our entire public transportation system. We must take full advantage of this opportunity.”

According to State Comptroller Tom DiNapoli’s 2018 “Economic Snapshot of the Rockaways” report, transportation is still a major issue for residents because 90 percent work outside of the Rockaways and face the longest commute among the 55 neighborhoods in the city (averaging 52 minutes). NYC Ferry and a Select Bus route were added in 2017, but subway service remains unreliable, DiNapoli noted.