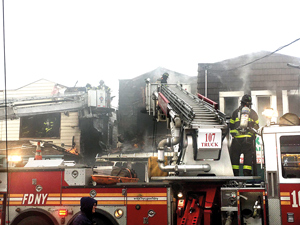 The four-alarm fire broke out around 11:30 Sunday morning.

Powerful gusts teased the flames and seemed to breathe new life into the stubborn Beast over two hours Sunday morning in Ozone Park before the City’s Bravest could corral it—but not before the four-alarm fire injured 10, displaced at least 30, and destroyed six buildings, according to the Fire Department and published reports. 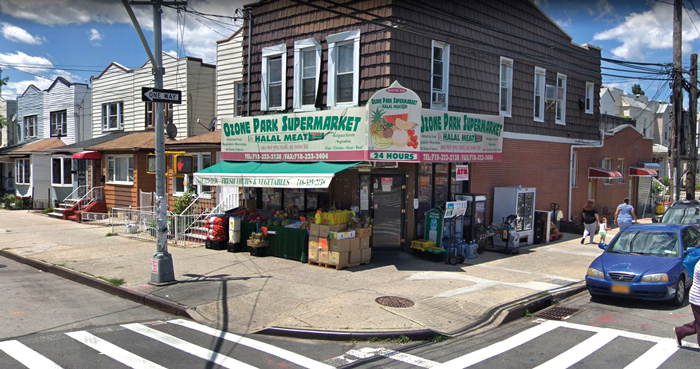 More than 200 firefighters attacked the inferno that started around 11:30 a.m. in the Ozone Park Supermarket at 101st Avenue and 80th Street. The formidable wind allowed the blaze to infect neighboring homes, making it especially difficult for smoke-eaters to get it under control.

Four residents and six firefighters (one was off-duty) were rushed to Jamaica Hospital Medical Center with non-life-threatening injuries.

“It was extremely bad,” one eyewitness told the New York Post. “Fire was shooting out the windows and firefighters were really having to battle to put it out.” 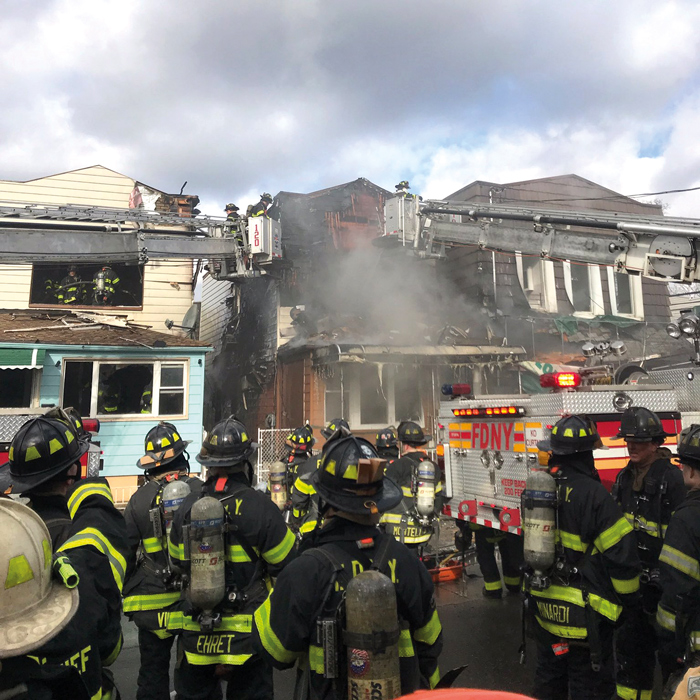 The cause of the blaze is under investigation by fire marshals, FDNY officials said.

“My thoughts go out to all of those that were affected by the terrible fire that destroyed the Ozone Park Supermarket and four apartment buildings on Sunday morning,” said State Sen. Joe Addabbo, Jr. (D-Howard Beach). “Thankfully, no lives were lost in this blaze, but we do pray for the injured residents and brave firefighters who worked to get the fire under control before it could do even more damage. Our Ozone Park community is strong, and I know we will come together to help those that lost everything.”