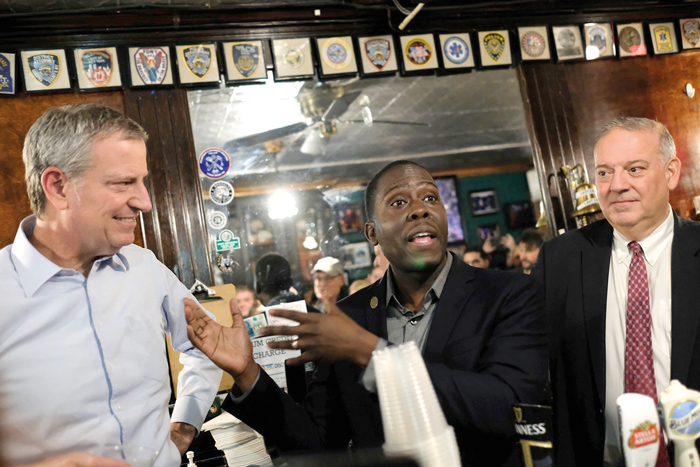 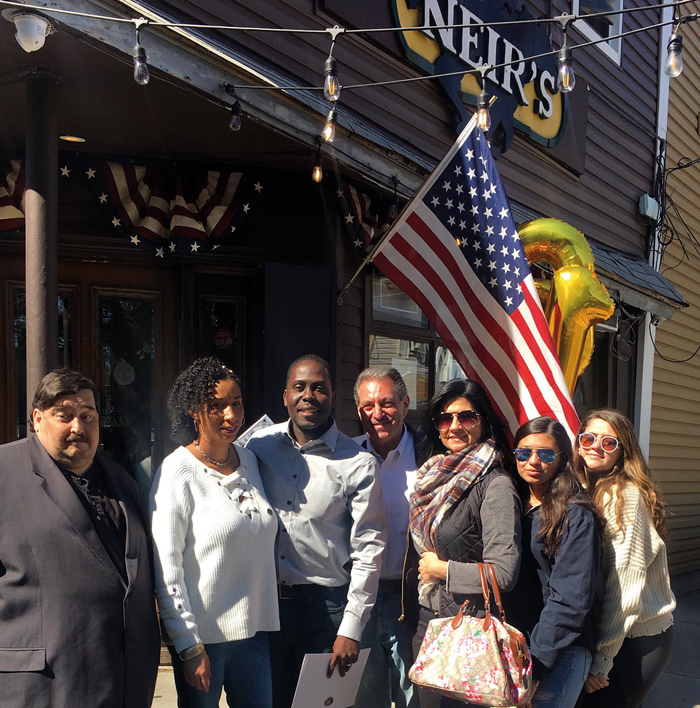 Just two days prior to that momentous stay-of-execution celebration, Gordon, a City firefighter by day, called in to “The Brian Lehrer Show” on WNYC-FM during its weekly “Ask the Mayor” segment. He told de Blasio that after 10 years he could no longer afford to run Neir’s and its skyrocketing rent. 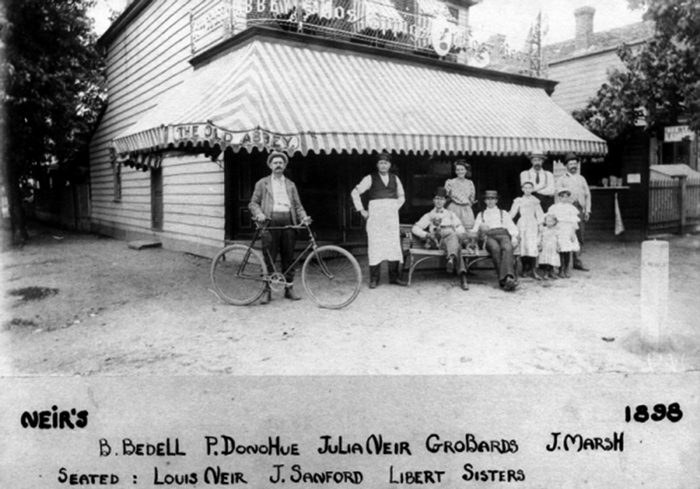 “I know it’s a private business, but isn’t there some cultural like significance, we can recognize it in terms of like citywide, that we can kind of help protect this? And I now I’m fighting this greedy landlord because he wants like, you know, two and a half times more rent and we just can’t do it. What powers can you use to help us?” Gordon asked the mayor.

De Blasio said he was familiar with the pub and Gordon’s plight.

“We will work with you to see if we can save this business,” Hizzoner said Friday on the radio.

By Friday afternoon, a meeting was held featuring Gordon, the property owner, area elected officials, Queens Chamber of Commerce CEO Tom Grech, and reps from the City Department of Small Business Services. A little after 8 p.m. on Sunday, Gordon confidently strolled into Neir’s, the mayor in tow, and announced that a deal had been hammered out and Neir’s was saved.

“Today, Sunday, Jan. 12, 2020 was supposed to be the last day, and instead we can embrace this moment in history that reminds us that the little guy can win and miracles can still happen, but most importantly COMMUNITY is EVERYTHING!” Gordon wrote on Neir’s Facebook page.