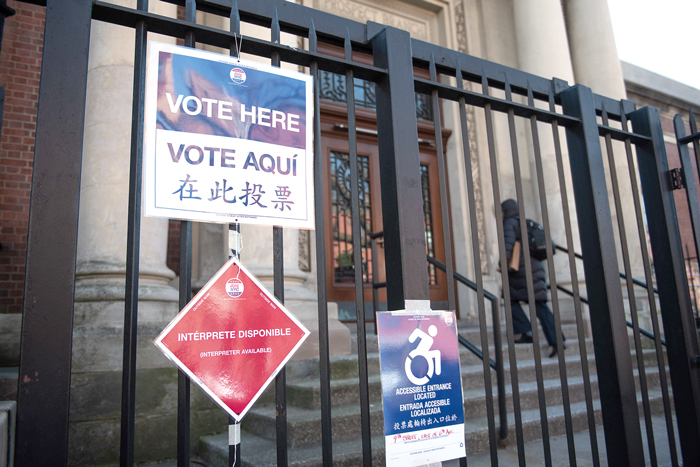 The special election day for Queens borough president had been scheduled for this Tuesday, March 24.

The race to succeed Melinda Katz, who was sworn in as Queens district attorney earlier this year, had been set to culminate on Tuesday, March 24, but the coronavirus pandemic forced Hizzoner’s hand, de Blasio said.

“Details will be provided soon on potential options for holding that election later; and other ways we might be able to approach that election. But we do not have those details yet,” the mayor said. “There’s been a lot of concern raised about the election day—particularly the poll workers that would have had to make this work. And as we have seen more and more challenges, you know, this is another one that is very painful, honestly; in a democratic society, the canceling of an election is such a rarity. It should be avoided at all costs. But in this case with the nature of this crisis, I’ve come to the decision that it’s necessary.”

Acting Borough President Sharon Lee called de Blasio’s decision “extraordinary, but warranted, given the urgency and magnitude of the situation. I made a commitment to represent and serve the people and families of Queens to the best of my ability and for as long as necessary, and this commitment still stands. Government must not and will not shut down. Aggressively slowing the tide of the spread of COVID-19 is paramount, and we as public servants must remain calm while moving swiftly but safely with the urgency that this situation requires.”