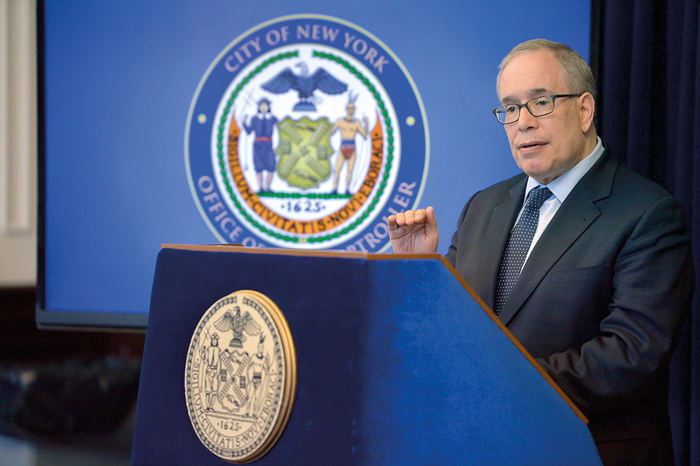 Two new proposed pieces of legislation on the federal and city levels would support the fight to contain the coronavirus’s mounting impact on municipalities.

On the heels of the U.S. House of Representatives passing another, bipartisan emergency legislative package to combat the coronavirus, Senate Minority Leader Chuck Schumer over the weekend detailed the emergency aspects he negotiated into the just-passed package that will benefit New York. In addition, Schumer urgently called on Majority Leader Mitch McConnell to pass the coronavirus legislation as-is. Schumer explained how this latest emergency measure can unlock billions for the Empire State while it fights to contain the virus’s spread and cover mounting costs in “hot spots.”

New York’s senior senator explained that once passed in the Senate and signed by President Donald Trump, on an annual basis, the bipartisan deal will deliver more than $6.7 billion in healthcare dollars to New York in the form of Federal Medical Assistance Percentages, or FMAP, which encompasses the state’s Medicaid program. That program is jointly funded by the federal government and the states. FMAP is a matching rate enacted in 1965 that determines the federal funding share for state Medicaid programs. The federal government matches state funds spent on Medicaid, based on the state’s FMAP, which varies by state, Schumer noted. For example, New York’s FMAP is 50 percent. This means that for every dollar spent on Medicaid in New York, New York’s share of the cost is 50 cents (this fifty cents, in turn, is split between the State, counties and localities), while the federal government chips in the other 50 cents.

Schumer also pointed out that only some states have FMAPs of 50 percent and New York is one. Schumer’s emergency plan increases the federal share of New York’s Medicaid program to 56.2 percent, thereby dropping the State’s share to 43.8 percent. This delivers more federal dollars immediately to the state and localities, to the tune of $6.7 billion annually, according to the senator.

In NYC on Monday, City Comptroller Scott Stringer released a new analysis of the economic impact of the coronavirus on the five boroughs, including significant projected losses in the entertainment, hotel, restaurant, travel, and tourism sectors. The analysis estimates that downturns in these key, revenue-generating sectors could conservatively cost the City $3.2 billion in lost tax revenues over the next six months.

To preserve the social safety net and protect vital services for our most vulnerable New Yorkers, Comptroller Stringer is calling for the City to immediately identify potential savings, suggesting a target of 4 percent of City tax levy-funded agency spending with exceptions for social service agencies, Department of Health and Mental Hygiene, and NYC Health + Hospitals—adding up to approximat​ely $1.4 billion. The savings should be included in the Mayor’s Executive Budget due later next month if economic conditions continue to warrant action, Stringer added.

“The vital services for our most vulnerable populations and institutions during lean times will depend on prudent, responsible budgeting today, as will the level of relief we as a City can help to deliver to the hotel, restaurant, entertainment, social service and retail workers who are bearing the brunt of this crisis,” Stringer added.