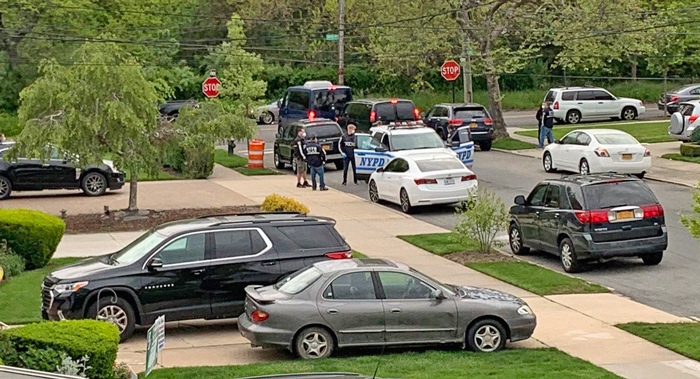 Investigators outside the Lahn Street home which was raided early Monday morning.<a

Neighbors who reside on Lahn Street between 155th and 156th avenues quietly cheered this week after learning that all six inhabitants of an infamous home on their beloved block had been hauled off to jail Monday morning following a court-authorized raid of the house that turned up at least one firearm and illicit narcotics, according to police and published reports. 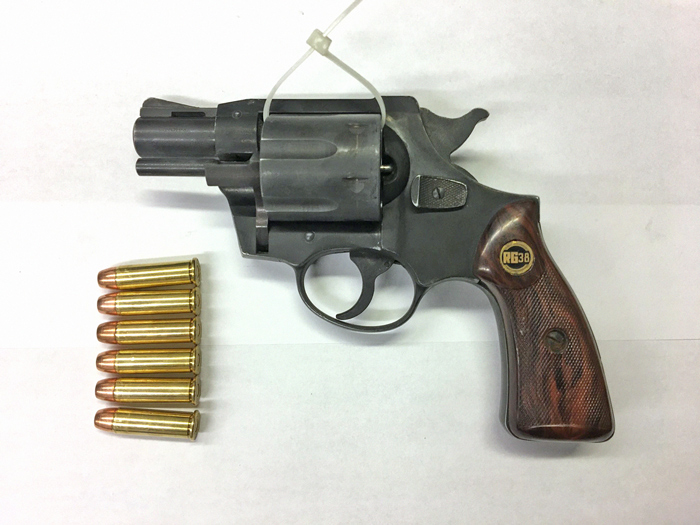 Photo Courtesy of NYPD
Cops found an illegal, loaded .38-caliber revolver and drugs in the house.

An informant allegedly tipped off cops to a large cache of weapons stashed inside the home that sits on the corner of Lahn Street and 155th Avenue, according to a CBS 2 New York report that could not be confirmed by police. However, investigators emerged from the building early Monday with six collars, a single revolver, and a small amount of drugs. 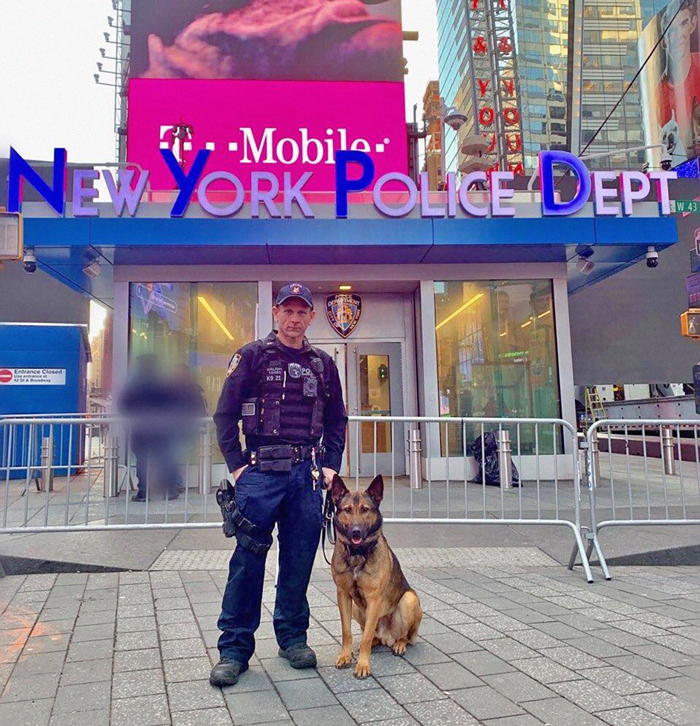 Photo Courtesy of NYPD
NYPD Emergency Services Unit Officer Kalish and his partner, K9 Jimbo, who sniffed out the firearm.

Authorities did not release the identities of the detained.

The house has long been a magnet for trouble, with residents and guests behaving erratically outside at all hours of the day and night—dancing, fighting, harassing passersby and motorists. One block resident recently went straight to the cops after watching one of the tenants of the corner house cavalierly break into their car and rummage through it.

(Full Disclosure: The offices of The Forum are located on Lahn Street.)