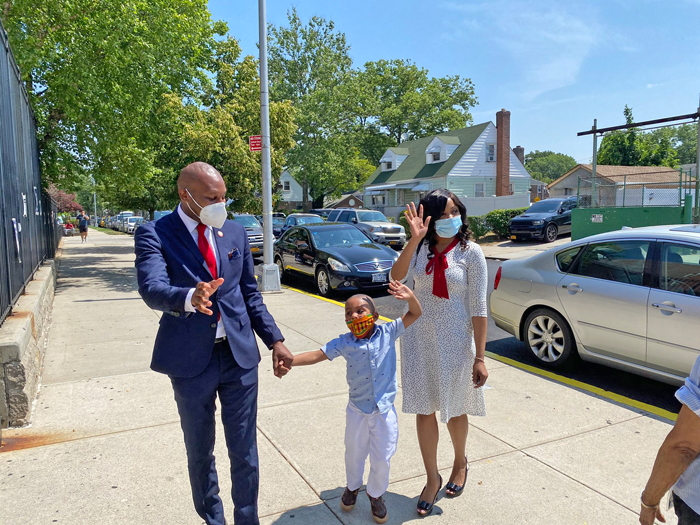 Photo Courtesy of the Richards Campaign

Councilman Donovan Richards and family on their way to vote Tuesday.

With more than 112,000 votes in and nearly 97 percent of scanners reporting Wednesday morning, City Councilman Donovan Richards (D-Laurelton) has jumped out to an early nine-point advantage over former Councilwoman Elizabeth Crowley in the special election to succeed Melinda Katz as Queens Borough President.

Councilman Costa Constantinides (D-Astoria) is in third with 15.23 percent; retired NYPD Sgt. Anthony Miranda is nipping at his heels with 14.75 percent of the vote. 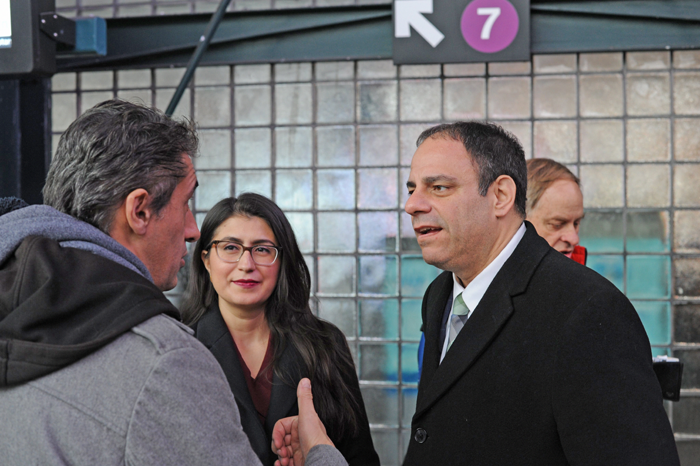 The Forum has characterized Richards’s lead as “early” because, as so many outlets have noted, this race will likely come down to a count of the mail-in ballots—which, by most accounts, has been an unmitigated disaster as many potential voters are still waiting for said ballots to arrive in the mail.

The absentee/mail-in ballots that were sent in won’t be tallied until the calendar flips to July. 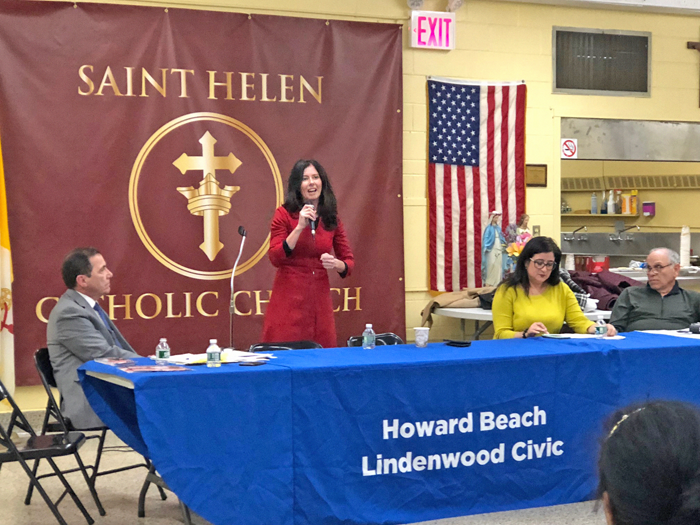 “I’m encouraged by the results coming in for our campaign for Queens Borough President and I want to thank all of my supporters who came out yesterday to make their voices heard,” Richards said in a statement released Wednesday morning. “I commend my competitors for running a good race that put the issues affecting our borough at the forefront of the campaign. While we want to ensure that every vote is counted, I’m looking forward to the race in November and ultimately serving all of our communities as Queens Borough President.”

In other primary news, all of the borough incumbents cruised to victory Tuesday night—except for long-time Western Queens lawmaker Rep. Carolyn Maloney (Queens, Brooklyn, Manhattan). The 14-term incumbent has a fight on her hands with Suraj Patel—she leads the NYU professor by a single percentage point (40 to 39).