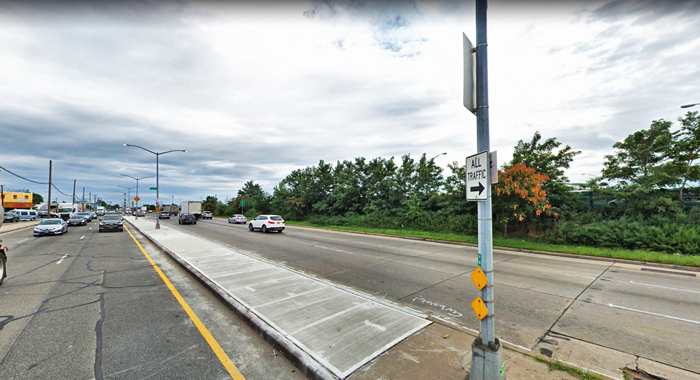 Rockaway Boulevard from 150th Avenue to 3rd Street (Nassau County border), 2.5 miles, will be reduced to 35 mph from 40 mph.

Speed limits will be reduced by 5 miles per hour on 25 miles of major streets with some the highest rates of crashes across the five boroughs, Mayor Bill de Blasio announced Tuesday.

The City also announced that the Department of Transportation has reached its goal of activating cameras in all 750 school zones—the largest speed camera network in the world. These efforts, combined with stepped up NYPD speeding enforcement, are part of a coordinated effort, as reduced vehicular traffic has led to dangerous driving during the COVID-19 crisis, City officials noted.

All of the speed limits will go into effect as new speed-limit signage is posted over the next 4-6 weeks, de Blasio added. Speed cameras located along any of these streets will be reprogrammed and with a 60-day adjustment period after new signage is posted. 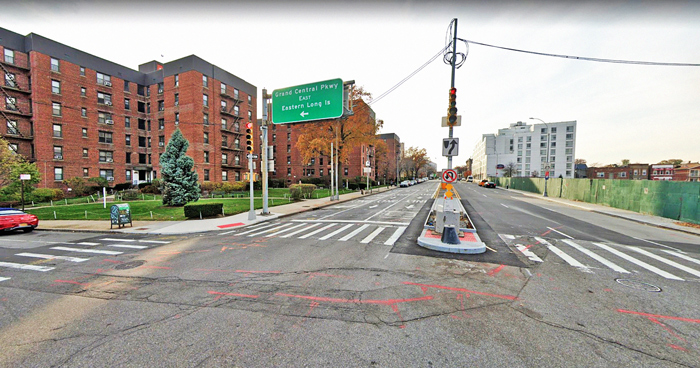 Photo Courtesy of Google
Northern Boulevard from 114th Street to Glenwood Street (Nassau County border), 7 miles, will be reduced to 25 mph from 30 mph.

The City DOT announced that this summer, it had reached the maximum number of 750 school zones allowed under a state law that took effect in the summer of 2019. After passage of that expanded speed-camera law in Albany, de Blasio had announced a commitment that over two years, DOT would rapidly scale up its speed-camera program, activating new school speed zones citywide at a rate of about 40 per month through 2019, and 60 per month in 2020. A grand total of over 950 speed cameras are now active, with a goal of 2,000 total active cameras by the end of 2021 (zones are permitted to have multiple cameras).

The new speed-camera law that took effect last July expanded the maximum number of school zones from 140 to 750, doubled speed camera hours to 6a.m. until 10p.m. year-round, and expanded cameras’ permitted distance to a ¼ mile radius from a school, rather than the previous restriction that the camera be no more than a ¼ mile of a school along an abutting street. Fines for speed-camera violations remain $50, issued to those who exceed posted speed limits by more than 10 mph.

According to the administration, the City’s speed camera program has deterred speeding in school zones by more than 60 percent although many cameras installed in July 2019 showed decreases in speeding violations of over 70 percent by the end of the year. Studies have repeatedly proven that speed is a critical factor in severe injuries and traffic fatalities. A pedestrian who is struck by a vehicle traveling at 30 mph is twice as likely to be killed as a pedestrian struck by a vehicle traveling at 25 mph. 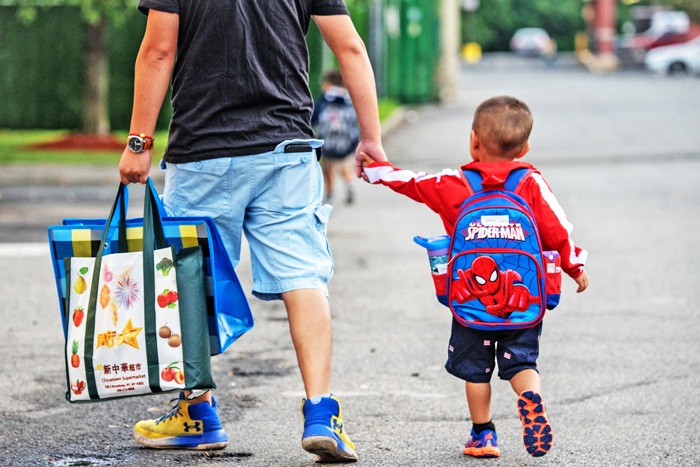 Photo Courtesy of Michael Appleton/Mayoral Photography Office
“With more cameras installed in 2020 than in the first six years of the program combined, DOT is continuously working to make our streets safer for everyone,”said DOT Commissioner Trottenberg.

Authorities also noted that the data provided by DOT’s speed cameras enable the NYPD to focus its enforcement efforts on local streets in the specific areas where most speed violations actually occur. This “precision policing” as it pertains to addressing traffic violations is viewed as being more effective in accomplishing the goals of Vision Zero: saving lives.

Despite a spike in motor vehicle and motorcycle fatalities, traffic fatalities overall are down 6.9 percent in 2020. While motor vehicle and motorcycle fatalities have increased this year, injury collisions involving these modes are down. Motor vehicle occupant injuries are down 34 percent year to date and motorcycle injuries are down 9 percent year to date. In recent months, the NYPD has conducted targeted operations focused on keeping motorcyclists safe through enforcement and education. Taken together, the NYPD’s approach to traffic safety is an integral part of New York City’s life-saving Vison Zero efforts, administration officials said.

NYPD leaders indicated that the agency will continue its enforcement of speed violations—both on the highways and the local streets—to protect all road users including school children, and essential and emergency workers as they continue serving the city.

“Speeding is a leading cause of traffic fatalities. Even under COVID-19, this administration has maintained our commitment to keep our streets safe for the all users, especially the most vulnerable,” said DOT Commissioner Polly Trottenberg. “We are reducing speed limits on some of the city’s most crash-prone corridors, and growing our speed camera program at a rate that will make our system the largest in the world. With more cameras installed in 2020 than in the first six years of the program combined, DOT is continuously working to make our streets safer for everyone.”