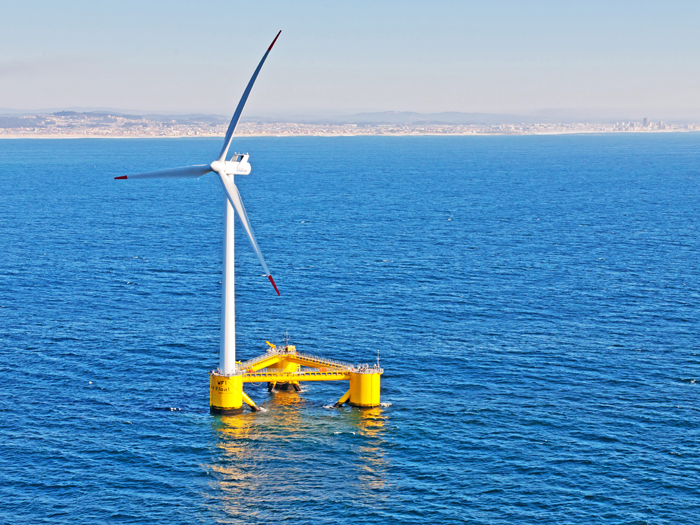 Together, the combined solicitations from NYSERDA and NYPA seek to procure more than 4,000 megawatts of clean, renewable energy, enough to power nearly 1.5 million homes.

State Sen. Joe Addabbo, Jr. (D-Howard Beach) recently received an update from the New York State Energy Research and Development Authority on the renewable energy project off the Rockaway shore—and reported that he was pleased with its progress.

NYSERDA also informed Addabbo of another solicitation for a $400 million renewable energy project—which is the largest clean energy solicitation in the nation’s history—following up on last year’s procurement of offshore wind projects, including the Empire Wind Project off the shore of the Rockaways. Included in this new procurement with the Empire Wind Project is the Sunrise Wind Project and several land-based renewable energy projects issued by NYSERDA and the New York Power Authority.

Together, the combined solicitations from NYSERDA and NYPA seek to procure more than 4,000 megawatts of clean, renewable energy, enough to power nearly 1.5 million homes.

“New York continues to lead the nation as we move towards a greener future by maximizing our renewable energy sources,” Addabbo said. “These procurements will create 9,000 megawatts of offshore wind power by 2035, enough to power six million homes, meeting the climate and environment goals under the Climate Leadership and Community Protection Act.”

As New York continues to battle the COVID-19 pandemic, these solicitations, combined with a competitive multi-port funding opportunity, are expected to create about $7 billion in direct investments and to create nearly 4,500 jobs, both short- and long-term. This will add a major boost to the economy, which has been suffering due to the impact of the coronavirus.

“This project will also be an economic generator for the state,” Addabbo added. “Thousands of workers will be hired to plan and construct all aspects of the project, and many more will be needed to run and maintain the facilities and wind turbines once they are operational. I look forward to working with NYSERDA and other entities towards having local residents obtain access to these job opportunities.” The senator also mentioned that the creators of this plan have pledged to work with environmental groups to study and monitor the project’s effect on wildlife and fishing.

“While Gov. Cuomo and the State work diligently to safely reopen New York’s economy, clean energy represents an optimal tool to jumpstart these activities. Our second offshore wind solicitation combined with this historic investment in the state’s port infrastructure will ensure that New York continues to be a leader in our nation-leading pursuit of offshore wind. New York’s ports will serve a critically important role in supporting the long-term development of offshore wind projects not only in New York but along the entire East Coast while supporting new jobs and investment in the state during the state’s recovery from COVID-19,” Acting NYSERDA President and CEO Doreen Harris said in July.