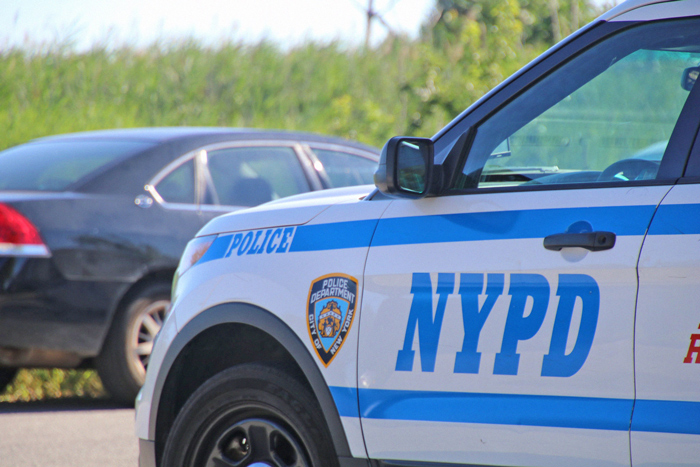 Upon exiting their marked NYPD car the officers heard gunfire and saw muzzle flashes coming from a window in the building on 25th Road and 125th Street.

A College Point man has been charged with attacking the mother of his child and then firing multiple shots at police officers when they responded to the scene earlier this month, according to Queens District Attorney Melinda Katz.

According to the charges, sometime in the morning on Sunday, Sept. 13, a woman argued with Montero in her 125th Street home. During the disagreement, Montero allegedly choked the 20-year-old victim, cutting off her oxygen. The defendant’s mother, who was present in the apartment, intervened and tried to prevent Montero from hurting the victim. At that time Montero allegedly slapped his mother in the face. Later that afternoon, Montero and the younger woman argued again, and this time Montero is accused of punching her in the face with his fist in the presence of their 1-year-old child.

As the dispute continued, the defendant allegedly unwrapped a black firearm from a sock-like covering and stated, “I am going to kill you.” The victim took her daughter and ran from the apartment along with Montero’s mother. At approximately 4:30 p.m., police arrived at the residence after getting a 911 call of a domestic dispute. Upon exiting their marked NYPD car the officers heard gunfire and saw muzzle flashes coming from a window in the home of the victim. Taking cover behind a car parked nearby, cops also observed multiple bullets strike another vehicle. After a brief standoff, Montero was taken into custody.

Police executed a court-authorized search warrant and a loaded AK 47 assault rifle was recovered from the residence.

If convicted, Montero faces up to life in prison.