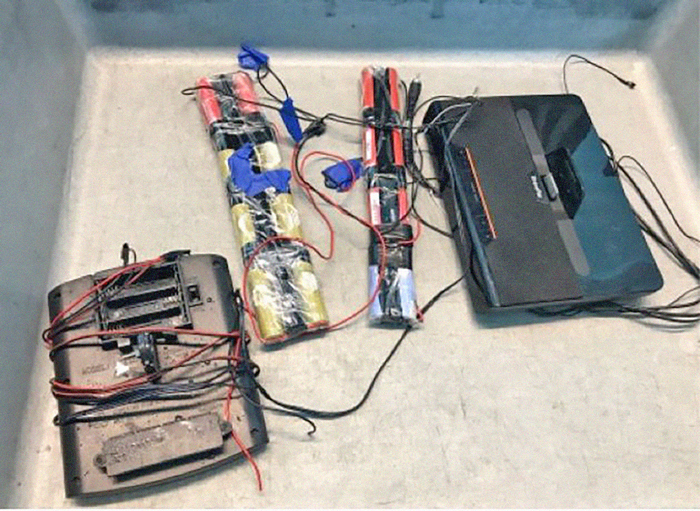 Transportation Security Administration officers at John F. Kennedy International Airport earlier this month discovered an unusual, suspicious item inside a traveler’s carry-on bag that agency officials said could have resulted in a tragic outcome had it been carried onto an aircraft. The bag was pulled for a search and determined to be two large electronics wired to what appeared to be a tampered power source, according to TSA.

An agency explosives expert was called to examine the item (pictured). It was deemed that the power component was hazardous because the passenger had tampered with and exposed multiple lithium batteries, which created a possible explosive device.

TSA officials then tracked down the passenger who explained that he had constructed a solar panel wired to the batteries to power his device because of the difficulties he experiences in finding batteries in the country to which he was ticketed to travel. He was not permitted to fly with the batteries as he had altered them and he agreed to voluntarily abandon the batteries with TSA for proper safe disposal, federal officials noted.