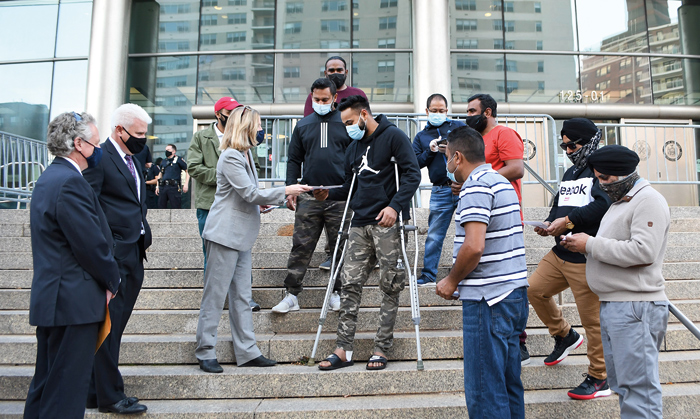 The money distributed is the stolen wages recovered by the DA’s Office following an investigation and the prosecution of Laser Electric and its owner Jagdeep Deol. The defendants pleaded guilty in September to failing to pay a prevailing wage and made restitution at sentencing. This money is being returned to the nine workers above and others.