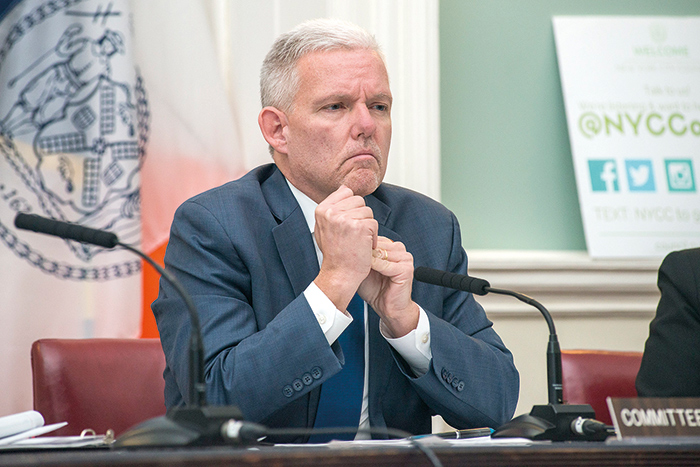 “We need to use our City’s space in new and creative ways to make sure the cultural community can perform and create,” Councilman Van Bramer said.

The City Council on Thursday voted in favor of a bill that would allow eligible art and cultural institutions or cultural venues to use approved open, public street space for artistic or cultural events, and a zoning map amendment to establish a Special Flushing Waterfront District.

The first bill requires the City to create an “Open Culture” program similar to the concept of the “Open Restaurant” outdoor dining program launched this year. There would be an application fee of $20 for participation in the program, to cover costs and discourage frivolous applications.

The program would be established by March 1, 2021 and remain in effect until Oct. 31, with the possibility of extension, but would expire by March 31, 2022. The program would be developed by the Mayor’s Office of Citywide Event Coordination and Management, in consultation with the Department of Transportation, the Department of Buildings, the Police Department, the Fire Department, and any other agency designated by the mayor. DOT would be required to share a list of spaces eligible for the program by Feb. 1, 2021.

This bill would go into effect immediately.

“Arts and culture are the lifeblood of our City. With the new Open Culture program, artists and art groups can start staging performances – and charge for them – starting March 1. There will be dancing, singing and comedy on the streets bringing joy and jobs to thousands. We need to use our City’s space in new and creative ways to make sure the cultural community can perform and create. This new law will be a dynamic and transformative program for our cultural community and will create a dynamic open space use – a true win-win,” said City Councilman Jimmy Van Bramer (D-Sunnyside), the “Open Culture” bill’s sponsor.

The council also approved an application seeking a zoning text amendment to establish the Special Flushing Waterfront District, including the rezoning of existing C4-2 and M3-1 districts to an M1-2/R7-1 district; as well as a zoning text amendment to create Special District rules regarding use, bulk, and parking, and related modifications to the underlying district regulations, including the establishment of a Mandatory Inclusionary Housing area, utilizing Options 1 and 2. The proposal is intended to facilitate the development of approximately 1.6 million square feet of residential space, including 1,725 dwelling units, 1.4 million square feet of commercial space, and 22,000 square feet of community facility space.  The district would include a new private road network; and new waterfront regulations, in order to create 2.8 acres of publicly-accessible open space, a new public plaza, and a 40-foot-wide shore public walkway along the Flushing Creek waterfront.

This project will provide an economic lifeline in the form of union employment and tens of millions of dollars in additional tax revenues to the City, council leaders noted.

“I hope that this project will allow our community to benefit from and enjoy responsible growth and success like other neighborhoods already do,” U.S. Rep. Grace Meng (D-Flushing) said.