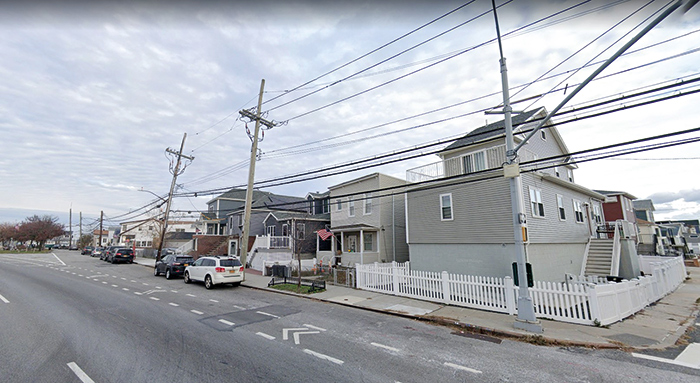 Among the notable protected bike lane projects completed this year is in Broad Channel: Cross Bay Boulevard from the Addabbo Bridge to East 6th Road.

Mayor Bill de Blasio on Tuesday announced that the New York City Department of Transportation (DOT) has constructed a record 28.6 lane miles of new protected bike lanes across all five boroughs in 2020. Combined with another 35.2 miles of conventional bike lanes, 83 miles of car-free Open Streets, more than 10,800 Open Restaurants on city streets and sidewalk, and 16.3 miles of new bus lanes – another one-year record – New York City’s streetscape was transformed more dramatically during 2020 than in any year in modern history.

“Our city has reimagined our streets as we’ve fought back the COVID-19 crisis. That means more space for restaurants and businesses, faster options for bus riders, and more ways than ever to accommodate the cycling boom with new protected bike lanes,” said Mayor Bill de Blasio. “Record numbers of bike lanes and bus lanes will change our urban landscape forever – and, as we continue our fight to build a fairer and better city, we won’t stop here.”

“As unprecedented as this year has been, I sincerely applaud everyone at DOT for being able to implement a record number of protected bike lanes this year,” added Acting DOT Commissioner Margaret Forgione. “We have seen a tremendous shift towards cycling during the COVID-19 pandemic and predict the trend will continue even after the city recovers, so it is imperative we continue growing our bike network and keep cyclists safe.”

Tuesday’s announcement brings the city’s total bike lane network to 1,375 lane miles, 545 of which are protected miles, including nearly 170 miles on street. DOT is also on track to meet the Green Wave Plan goal of installing over 80 miles of protected bike lanes by the end of 2021, and adding 75 miles of bicycle infrastructure in Bicycle Priority Districts by 2022.

The agency also completed over 70 Street Improvement Projects in all five boroughs, targeting locations with the greatest safety need for pedestrians and cyclists.

“The 9.5 miles of protected bike lanes completed in Queens in 2020 will benefit cyclists and all those who use our borough’s roadways by making them safer for everyone,” said Queens Borough President Donovan Richards. “Promoting public safety is a top priority for all of us in City government, so we are pleased to continuing working with the DOT to make our borough’s streets as safe as they can be.”

Deputy Mayor Laura Anglin added, “In a year where we have seen cycling boom throughout this city, DOT has done a remarkable job in building the critical infrastructure to keep New Yorkers safe and moving throughout this city. Amidst all of the challenges COVID-19 has thrown our way, this Administration has remained dedicated to building upon Vision Zero and making our streets safer for all New Yorkers.”