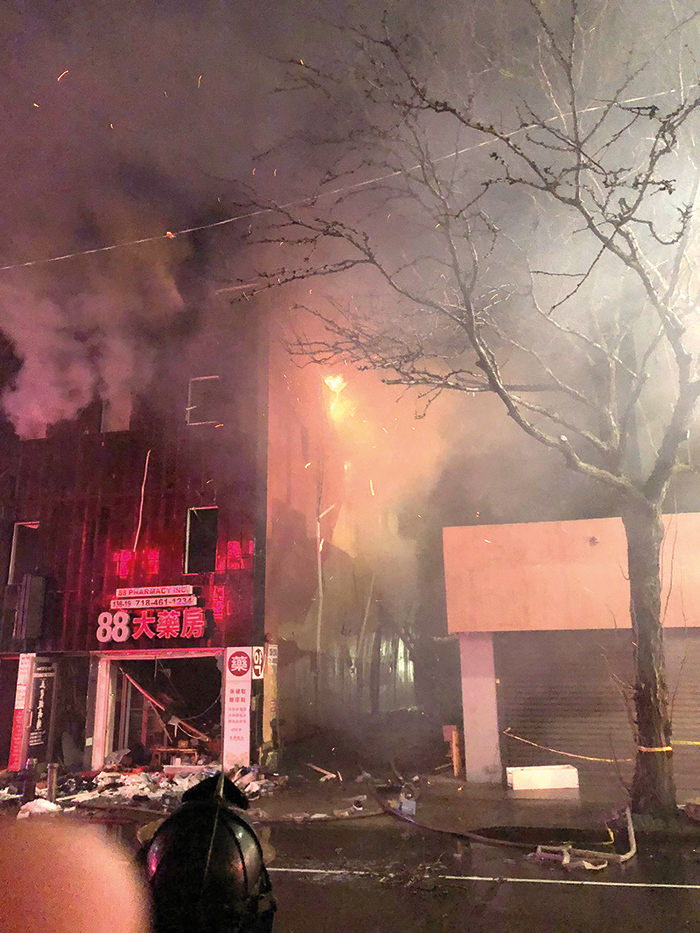 Seven City firefighters were injured and a small business was destroyed during a seven-alarm fire late Friday night in Flushing, according to the FDNY. 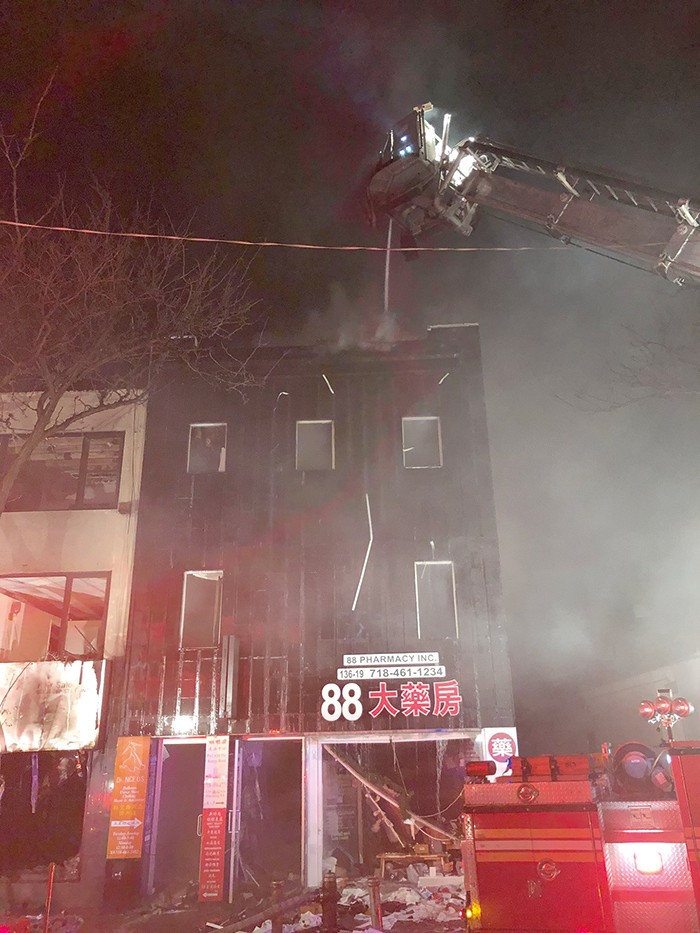 The inferno erupted around 11:50 p.m. inside a hair salon at 136-15 37th Ave. Whipping winds quickly spread flames to an adjacent edifice, pushing the fire to seven alarms.

It took more than 200 smoke-eaters to bring the blaze under control early Saturday morning. 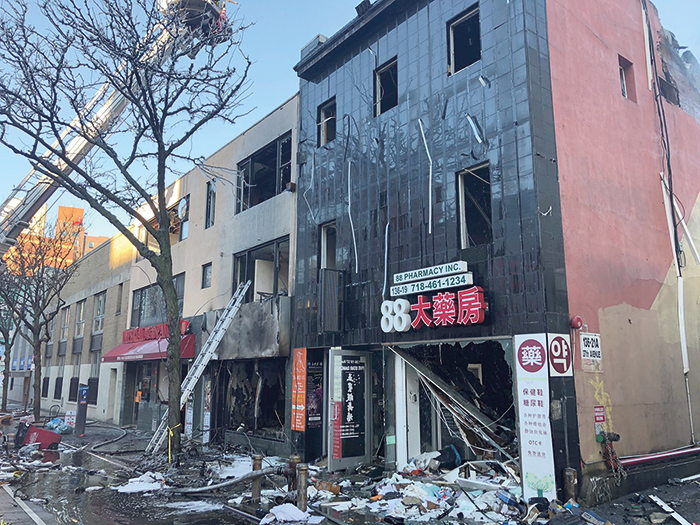 According to FDNY fire marshals, the cause of the fire was accidental; a hair iron was left on, and no smoke alarms were present in the shop.

Photos Courtesy
of the City Office of Emergency Management