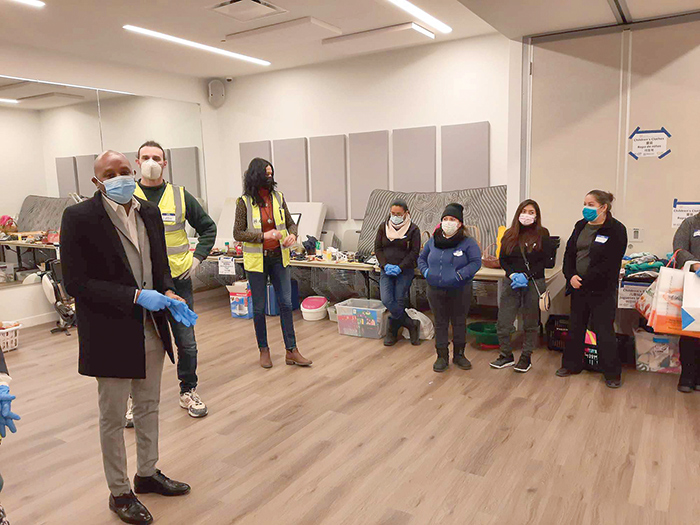 “We understand that overcoming historical mistrust of scientific and medical institutions on the part of communities of color is not an easy goal to achieve, but the deep disparities revealed in the City’s COVID-19 vaccination database are not just unacceptable—they are potentially fatal,” said Borough President Richards.

The Taskforce on Racial Inclusion and Equity on Sunday announced the next phase of its Vaccine for All effort and released demographic information of vaccine recipients.

The City will now prioritize appointments for residents at vaccine sites in the 33 Taskforce-identified neighborhoods, which now include South Queens communities Woodhaven, Rockaway, Broad Channel, Richmond Hill and South Ozone Park, setting aside specific hours and slots. These neighborhoods were added based on a range of factors including high COVID-19 mortality and case rates, high prevalence of chronic illness, presence of overcrowded housing, the number of individuals experiencing poverty, and other preexisting health disparities.

According to Mayor Bill de Blasio, equitable distribution of the vaccine has been the driving force of the City’s Vaccine for All effort. The majority of City vaccination sites are already located in the 33 Taskforce neighborhoods, as well as other, soon-to-open hubs, like Citi Field and Yankee Stadium. The City has also mounted an extensive outreach campaign, holding informational and educational events for residents, providers, partners, and elected officials in Task Force neighborhoods and other areas across the city. With the assistance of community partners, the City has distributed tens of thousands of pieces of literature to spread the word of a safe and effective vaccine to residents in priority neighborhoods and held training events so community partners can support navigation of vaccination services. The City also pledged will also continue to hold regular community conversations to address vaccine hesitancy and elevate community feedback on vaccination rollout and access.

“We launched our vaccine effort with a clear commitment to provide a vaccine for all New Yorkers,” de Blasio said. “Now we are going even further to ensure the vaccine reaches everyone, equally, with a focus on the neighborhoods we know have borne the brunt of COVID-19.”

For eligible essential workers in the Taskforce neighborhoods, the City will create “family plans”—allowing the workers to schedule appointments for eligible family members on-site. To improve accessibility, the City’s appointment scheduling site will now be available in a total of 11 languages, including English, Arabic, Urdu, Bengali, French, Haitian-Creole, Korean, Polish, Russian, Spanish, and Simplified Chinese.

“We understand that overcoming historical mistrust of scientific and medical institutions on the part of communities of color is not an easy goal to achieve, but the deep disparities revealed in the City’s COVID-19 vaccination database are not just unacceptable—they are potentially fatal. To guarantee an equitable recovery and rebuild from this pandemic for our historically underserved communities, it is imperative that we involve each and every trusted community-based organization in a truly all-hands-on-deck vaccination effort. That includes community vaccination hubs in neighborhoods of color hardest hit by COVID-19, tireless multilingual grassroots outreach campaigns, and so much more,” said Queens Borough President Donovan Richards. “Lives are on the line and we must ensure we do everything humanly possible to address these disparities and find solutions. Every Queens resident, from our elected leaders and public health officials to each of us in our capacity as loved ones, friends and neighbors, have a critical role to play in saving lives and building our borough back better than ever.”