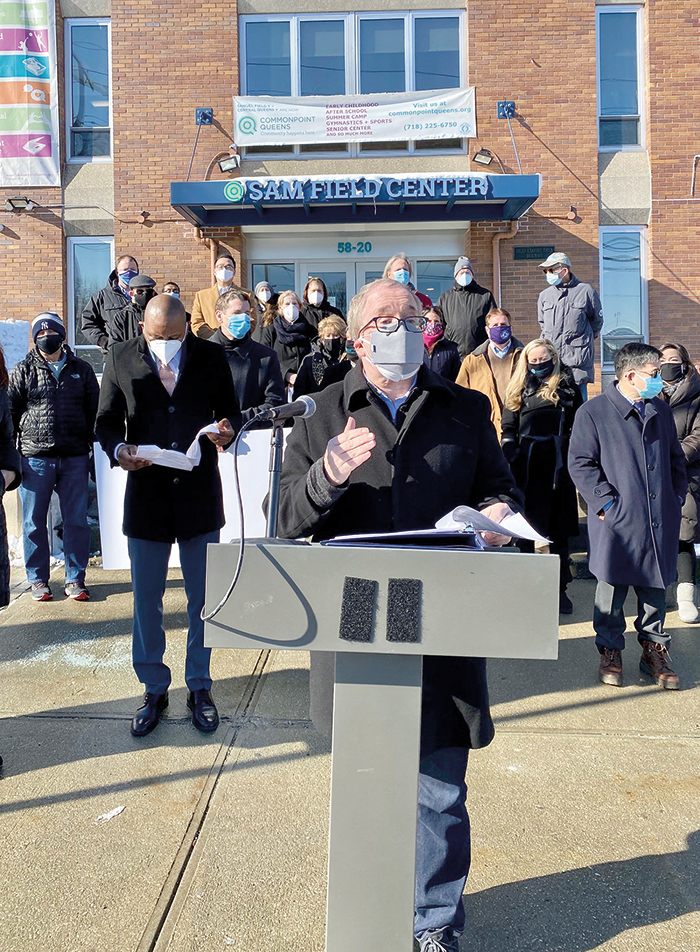 Stringer’s plan, which builds on his June 2020 analysis of the City Police Department budget, would move responsibilities away from the NYPD, address serious crime and the recent increase in shootings, improve accountability and civilian oversight of the NYPD, and reinvest police dollars into communities.

“To keep all New Yorkers truly safe, we must confront the structural racism that is embedded in our criminal legal system, and we must act decisively and creatively to put a stop to the rise of violence in our city. We must transform the City’s approach to public safety, and this report is a blueprint for that transformation,” Stringer said.

In June, Stringer detailed ways to achieve recurring savings from the NYPD that could be reinvested in communities. Some but not all of these proposals were adopted by the City Council and the mayor. This report, developed over the months since the adoption of the City’s budget, takes the June proposals as a baseline and goes far beyond them with a vision for comprehensive reform that moves additional responsibilities away from the NYPD and identifies specific areas for reinvestment in communities.
The recommendations in Stringer’s public safety report are made in five sections. A summary of those sections follows below:

Part 1: Take a multi-agency, public health-focused approach to community safety, transitioning responsibilities away from the NYPD and investing in alternative responses and services.

Homelessness, substance use, mental health issues, disconnected youth – these social service, public health, and education challenges too often fall to the police by default. Moving forward, they must be handled by trained professionals in other agencies and community-based organizations with greater expertise and a broader array of resources. The City must invest in long-term supports – in housing, healthcare, education, addiction, employment services, childcare, and neighborhoods – and no longer take a one-size-fits-all, gun-and-badge-centered approach to creating safety in communities.

The City can reduce negative interactions between police and communities in a number of ways: overhauling first-response for mental health, substance use, homelessness, welfare checks, and other emergency calls; continuing efforts to remove the NYPD from city schools and investing in social work, mental health, and guidance counselors that are directly under the control of the Department of Education; overhauling our approach to protests and demonstrations and eliminating the Strategic Response Group’s Disorder Control Unit; and removing armed officers from most traffic enforcement. As part of these efforts, the City should fundamentally redesign our 911 and first response system, which is the genesis of so many decisions about how resources are deployed and situations resolved. It is critical that the 911 system is committed to a public health response on a range of calls, including mental health, substance use, and homelessness.

Part 2: Address the near-term spike in crime with proactive strategies and community partners.

The COVID-19 pandemic has caused severe disruptions and dislocations — from work, school, sports, social life, and the public sphere — that have contributed to a notable spike in homicides and shootings in New York and cities across America. 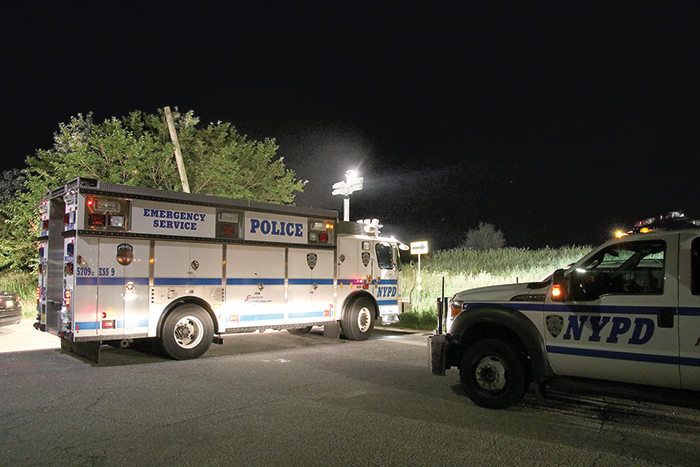 Reducing auto patrol and the NYPD fleet size are among the suggestions contained in Comptroller Stringer’s report.

The City should more effectively utilize tools at its disposal to prevent the lion’s share of violence that is committed by a relatively small number of individuals. This can be achieved by improving detective work and clearance rates, which have plummeted; a coordinated, problem-solving approach by the NYPD, other city agencies, and community stakeholders to stop violence before it happens, and respond quickly when it does; and investing in community-based violence prevention strategies, including the Cure Violence model, to strengthen existing programming and dramatically expand the number of violence interrupters citywide.

In addition, the City should advance strategies to reduce the flow of guns into the five boroughs, provide comprehensive support services for at-risk youth, and invest in neighborhoods to address conditions that give rise to violence. This includes more targeted and comprehensive support for high-risk individuals and their families, leveraging the resources and expertise of the Department of Youth and Community Development, Department of Education, Department of Health and Mental Hygiene, the New York City Housing Authority, Housing Preservation and Development, and nonprofit organizations who best know their communities’ needs.

Part 3: Improve discipline, transparency, and civilian oversight of the NYPD.

The disciplinary process for NYPD officers is notoriously opaque, lengthy, toothless, and grants too much power and authority to the department itself. Given its extraordinary enforcement duties and responsibilities, the NYPD must be held directly accountable to the public they serve and submit to external review on matters of discipline. Moving forward, the authority of the Civilian Complaint Review Board should be expanded so that it no longer concedes disciplinary decisions to the police commissioner; a Critical Incident Review Board should be established to provide a systematic, public, and structural review of all major incidents; certification and decertification of officers should be codified so that major offenders are barred from serving in law enforcement; and infractions by police officers like covering badges, obscuring license plates, and parking on sidewalks should no longer be tolerated.

Moreover, accountability cannot just occur at the “back end,” after an infraction takes place or misconduct is alleged. It must also occur at the front end, initiating public review of new rules and regulations, improving transparency and scrutiny of police activities, prescribing a “duty to intervene” among fellow officers, and reforming surveillance, technology, and data practices and programs.

Part 4: End the “War on Drugs,” decriminalize offenses that pose no risk to community safety, and reform parole.

The most immediate way to avoid hostile interactions and prevent undue entanglements in the criminal-legal system is to prevent interactions from happening in the first place. This can be achieved by eliminating criminal penalties and enforcement for a number of offenses that pose no threat to community safety, granting amnesty for open arrest warrants for low-level offenses, and ending incarceration for unpaid court debt, among other strategies. Decarceration should also be advanced by dramatically improving re-entry services and supportive housing, reforming parole, and ending incarceration for technical parole violations.

Part 5: Initiate operational and managerial reform of the NYPD.

While public safety investments are made in other agencies and communities, we cannot ignore the changes needed within the police department itself. The City should dramatically reduce and put real guardrails on NYPD overtime expenditures, capping it by precinct and individual officer and no longer using overtime as a bonus for arrests. It should also pursue commonsense reforms to improve managerial promotion, training, and diversity, elevate the voices of community members and frontline officers, and reduce auto patrol and the NYPD fleet size.