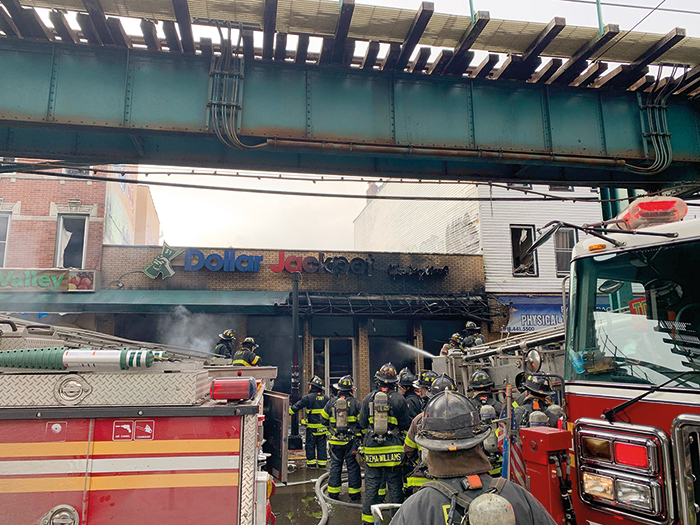 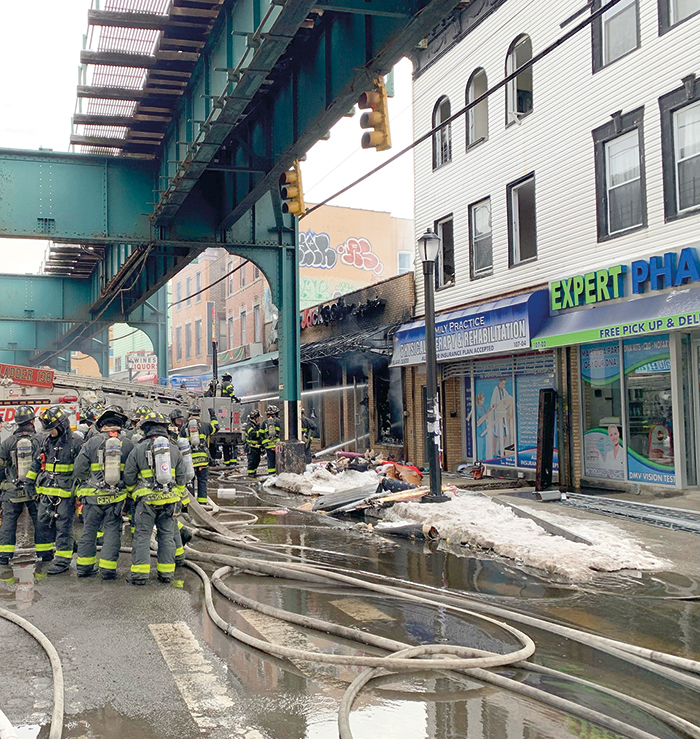 The blaze broke out around 7:30 a.m. inside the Dollar Jackpot store at 107-12 Jamaica Ave. Before long, a fifth alarm was pulled and nearly 200 smoke-eaters across 44 units battled the stubborn fire until it was declared under control shortly before 10 a.m.

Our units responded in three minutes,” said Chief of Department—and one-time FDNY Queens borough commander, John Sudnik. “There were heavy fire conditions, heavy fire blowing out the storefront windows. Our units made an aggressive push to put the fire out, but there was just too much fire for them to handle. Commercial fires are very dangerous, there is a lot of stock in the stores and a lot of combustibles. These are dangerous conditions for our firefighters, so we pulled them out to a defensive position, we used an exterior operation. They prevented fire from extending to the adjacent buildings. There [were] about 200 Firefighters, EMTs, and paramedics on the scene.” 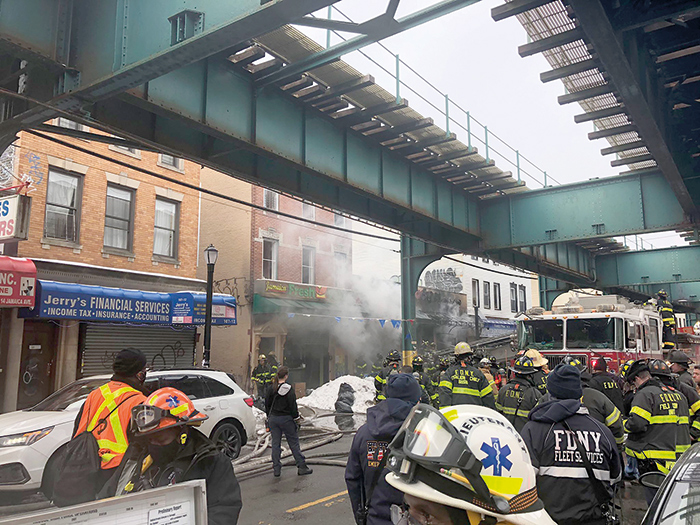 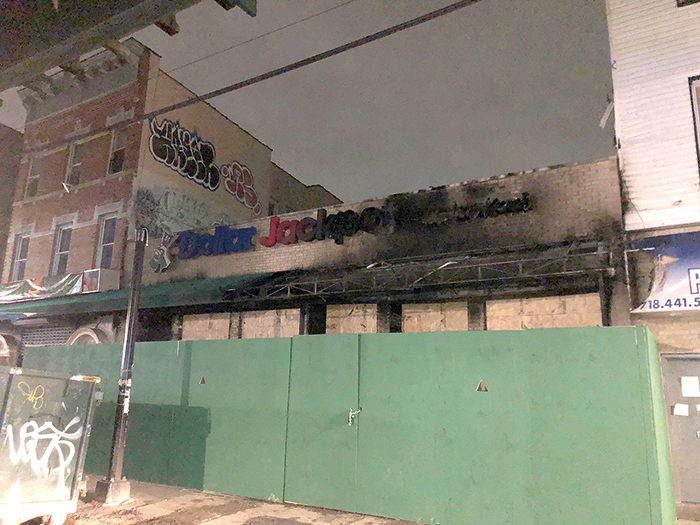