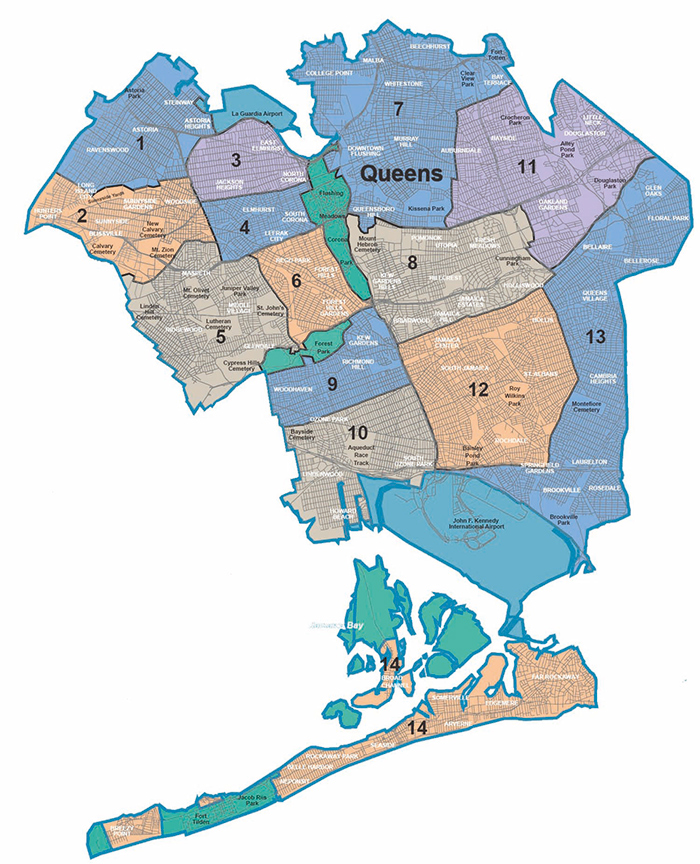 Fourteen community boards represent the interests of the men and women who live and/or work in Queens.

The jump in applications is attributed to Richards’ efforts to streamline the application process and engage in outreach on college campuses and elsewhere aimed at creating a more diverse applicant pool.

Richards began receiving applications in mid-January for two-year terms of community board service which will begin on April 1, 2021.

The application process became simplified this year when it was digitized, with all applications submitted via an easily fillable online form. In previous years, applications had to be prepared on paper and be notarized before they were turned in.

The simplified process led to a diverse pool of applicants that will enable Richards to select community board members who are more diverse in terms of gender identity, age, race, sexual orientation, economic status, and immigration status, among other factors.

This year’s 931 applicants include 698 people who are not currently members of a community board. Last year the Queens Borough President’s Office received applications from only 252 such individuals.

“Democracy works best when it hears the voices of all the people it serves,” Richards said. “Having a community board membership that truly reflects the diversity in Queens will help ensure our City government hears what our borough’s residents have to say. I look forward to reviewing the applications we received for community board membership, and I am excited by the prospect of working with those dedicated and engaged individuals who I will ultimately appoint to the boards.”

Community boards are local representative bodies that have a variety of responsibilities, including but not limited to dealing with land use and zoning issues. The boards have an important advisory role and must be consulted on the placement of most municipal facilities in a community. Applications for zoning changes or variances must also come before the boards for review.

The boards hold hearings and issue recommendations about the City budget, municipal service delivery, and numerous other matters that impact their communities.

Community Boards 9, 10, and 14 represent the interests of South Queens residents and entrepreneurs that live and work in their respective communities.

All Queens community board members are appointed by the Queens Borough President, pursuant to the City Charter, with half of the appointees nominated by the City Council members representing their respective Community Districts. Each board has up to 50 unsalaried members who serve two-year terms.

All community board members who wish to continue serving on a board are required to reapply at the conclusion of their two-year terms and are subject to review and reconsideration.