According to the charges, in December 2019, the son of the victim noticed the balances in his mother’s bank accounts had dropped significantly. He reviewed the history of the accounts and noticed several checks payable to Saunders—who cared for the octogenarian victim for some 10 years—that far exceeded her weekly pay of $1,350. 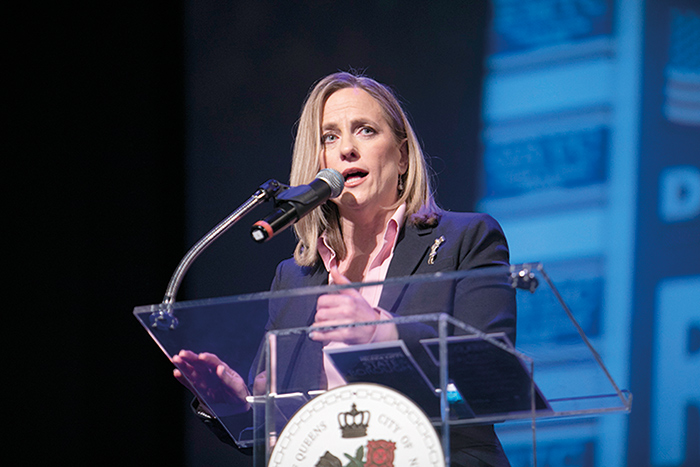 File Photo
“The worker was supposed to be helping the victim. Instead, this defendant allegedly scammed the woman into signing inflated paychecks and ripped her off during regular trips to the bank,” DA Katz said.

Continuing, according to the charges, part of Saunders’ duties included helping the legally blind woman pay her bills. The defendant would present the victim with checks to sign. The defendant also frequently took the elderly woman to the bank and while the victim sat in the waiting area Saunders went to a teller’s window. On several occasions the defendant allegedly made excessive withdrawals from her patient’s account without her authorization.

According to the charges, between February 2020 and December 2020 the defendant made 17 withdrawals for $2,200 up to $12,000. The defendant is accused of stealing more than $81,000 through withdrawals from the victim’s bank accounts.

“An elderly woman suffering from macular degeneration became the victim of her home health aide’s alleged scheme. The worker was supposed to be helping the victim. Instead, this defendant allegedly scammed the woman into signing inflated paychecks and ripped her off during regular trips to the bank,” Katz said. “The victim’s son spotted irregularities and contacted my office. My team investigated and the defendant is now charged with very serious crimes.”

If convicted, Saunders faces up to 15 years in prison.