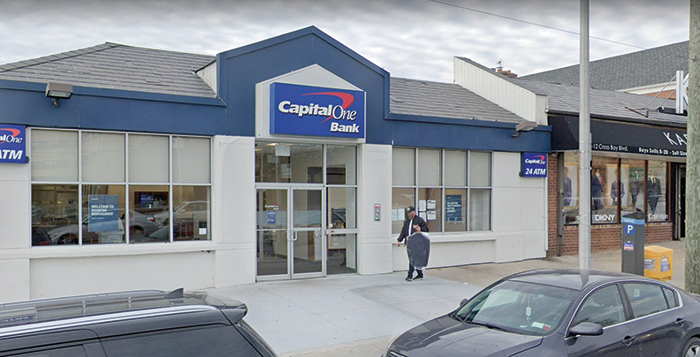 Gilbert was allegedly present when a cash advance withdrawal using the same credit card was attempted at a Capitol One branch on Cross Bay Boulevard in Howard Beach.

A Middle Village man has been accused of stealing $11,000 from a woman in Ireland by using her dead brother’s cell phone to convince her he was her sibling—and then repeatedly requesting she send him money in April 2019, Queens District Attorney Melinda Katz announced Thursday.

According to the charges, in March 2019, the defendant used a cell phone belonging to the recently-deceased Thomas Munnelly to send text messages to the man’s sister in Ireland. Pretending to be Mr. Munnelly, the text messages allegedly stated that the brother and defendant had an accident at the deceased man’s flooring business in Queens. For several days, Gilbert sent text messages persuading her to send money to the defendant to cover medical expenses and to settle a threatened lawsuit. Believing that her brother was in financial distress, the victim sent three wire transfers to Gilbert totaling $11,000. On April 1, 2019, she sent $5,000; she sent $3,500 on April 14; and $2,500 on April 23. On each occasion, the woman received messages confirming the wire transfers had been received.

DA Katz said, according to the charges, the victim also received a message from her “brother” on April

22, and after sending money on April 23, 2019, she stopped getting text messages from him. Worried, the woman contacted the New York City Police Department on May 7, 2019 and requested a wellness check. Police informed the woman that her brother had actually died in a local hospital on March 4, 2019.

Continuing, according to the complaint, on March 23, 2019, an online credit card was opened using the personal information of Mr. Munnelly. Between April 5 and April 29, 2019, several credit card transactions were made totaling just under $460. The defendant was allegedly present when a cash advance withdrawal using the same credit card was attempted at a Capitol One branch on Cross Bay Boulevard in Howard Beach.

““The defendant in this case allegedly preyed on a woman in another country to feed his greed. The victim had no idea her brother had died, and sadly, this defendant used that to his advantage.

The victim was convinced through text messages from the dead man’s cell phone that he was her brother and needed money. For about a month, she was allegedly conned into sending thousands of dollars,” District Attorney Katz said on Thursday.

If convicted, Gilbert faces up to 15 years in prison.