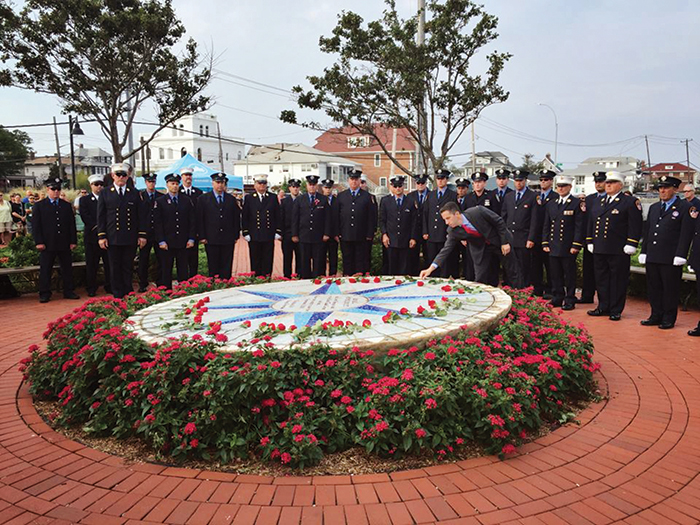 The sacred site as it once looked.

Just weeks before the 20th anniversary of the Sept. 11 terrorist attacks, vandals recently violated one of the most sacred patches of Queens: the Tribute Park 9/11 Memorial in Rockaway Park.

“What an absolute disgraceful act of vandalism at Beach 116th Street’s 9/11 Tribute Park memorial. A crime like this would be horrific during anytime of the year, but being so close to the 20th anniversary of the 9/11 attacks makes this especially painful, not only for the residents of the area, but for everyone who lost a loved one on that day. I offer my support to the 100th Precinct and the NYC Parks Department in their efforts in apprehending those responsible for this disrespectful crime.”

Each year a solemn ceremony is organized at Tribute Park to honor the 57 Rockaway Park residents who lost their lives in Downtown Manhattan on Sept. 11, 2001. 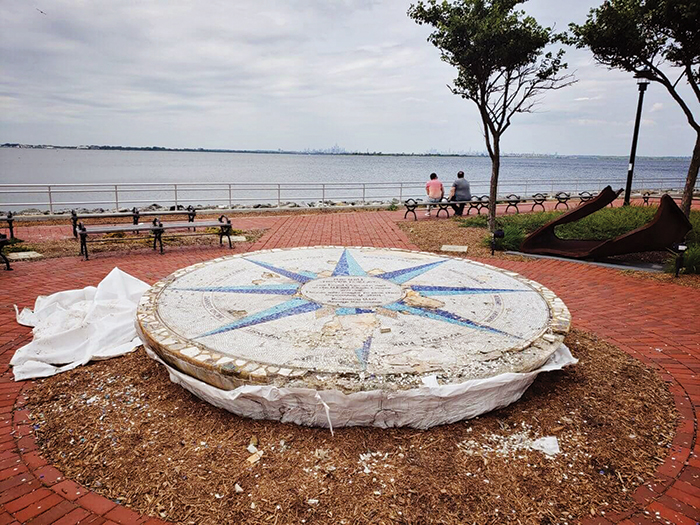 In 2016, on the 15th anniversary of the catastrophic tragedy, then-Assemblyman Phil Goldfeder said at beautiful Tribute Park, “After 15 years since 9/11, laying this rose at the Rockaway memorial service never gets any easier!” said Goldfeder, a native and resident of Far Rockaway. “Truly emotional and beautiful service where we all show our strength, resilience and send a message to our heroes that we will never forget!!!”

According to the City Parks Department, Tribute Park is scenic and quiet, a lovely spot for visitors and community members to stop and reflect, and to find peace. The waterfront oasis was an empty lot on Sept. 11, 2001. The Twin Towers were visible from the spot, and hundreds of local residents stood here and watched the tragedy unfold. With help from the community, this serene park was built to commemorate the day. It includes a mosaic centerpiece, a cupola, and a granite rock engraved with the names of all 343 firefighters who died on that Tuesday morning.