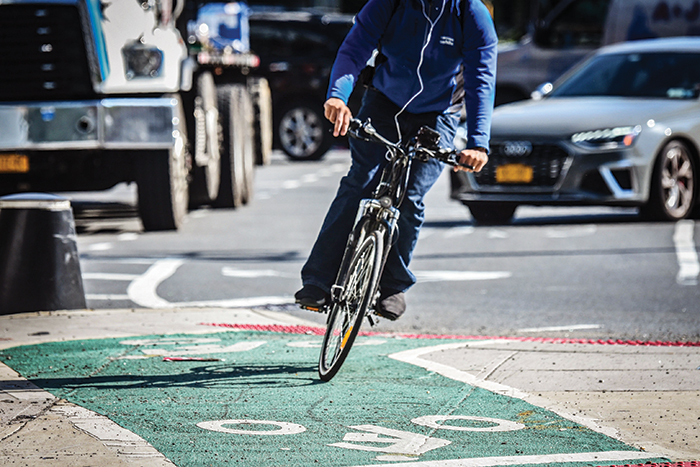 “This cycling boom is yet another reason why we must continue expanding protected bike lanes, bike racks, and Citi Bike stations all across the city,” Councilman Rodriguez said.

The City Department of Transportation on Thursday released its 2021 Cycling in the City report, which provides a comprehensive look into cycling trends in the five boroughs. The report shows continued growth in cycling, and highlights how cycling has become an integral part of our transportation network. As part of today’s announcement, Citi Bike also released data showing September as its biggest ridership month in history and on track to make 2021 its biggest year yet.

Using data from The Decennial Census and the City Department of Health and Mental Hygiene annual American Community Health Survey and both automated and manual counts, the Cycling in the City report provides a holistic view of cycling trends in the city. Key findings of the report include:

Citi Bike, the nation’s largest bike share program that first launched in the city in 2013, was a major contributing factor to this past years’ cycling growth, according to DOT officials. This September, Citi Bike broke its record for highest ridership in a single month with 3.3 million rides. September is the fourth month in a row where Citi Bike has had over 3 million rides. Additional cycling milestones for Citi Bike this year include:

“This cycling boom is yet another reason why we must continue expanding protected bike lanes, bike racks, and Citi Bike stations all across the city. Our work is only just beginning, but we must take a moment and celebrate this achievement and make sure that pedestrian and cyclist safety continues to be our top priority,” said Councilman Ydanis Rodriguez, chairman of the Transportation Committee. “This couldn’t have been possible without the advocacy of organizations like Transportation Alternatives, Families for Safe Streets, and Riders Alliance among many more. The support of Mayor de Blasio, Speaker Corey Johnson, and DOT Commissioner Hank Gutman was also instrumental. I look forward to continuing to work alongside such great partners as we continue to make New York City the safest, most pedestrian- and cyclist-friendly city in the nation.”