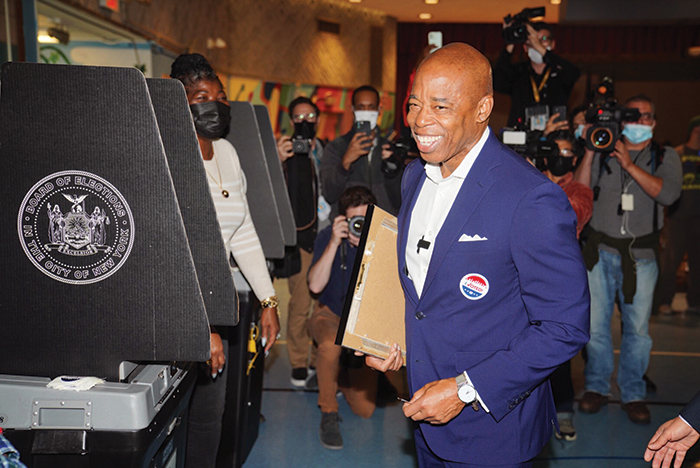 “Here we are New York, here we are,” Adams, smiling ear to ear, said to a throng of supporters at his victory party. “The people of New York have spoken—they have chosen one of ours. I am you.”

Adams later thanked the voters for the win, and looked forward to being sworn in. 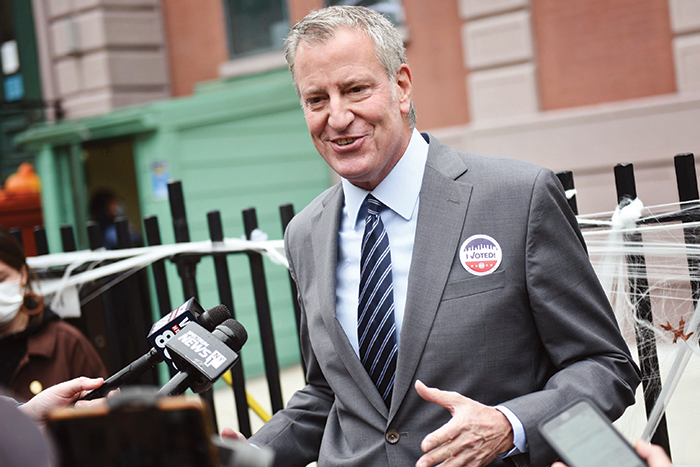 “This campaign was not just a victory over adversity, but a vindication of faith,” the Brooklyn-born Adams said. “This campaign was about the people that have been betrayed by this government. My fellow New Yorkers, that betrayal stops on Jan. 1.”

In his remarks, Sliwa took the high road.

“I have pledged my support for the new mayor, Eric Adams,” Sliwa said. “It’s time for New York City to move in a new direction.”

In classic Sliwa style, the Guardian Angels founder later added, “One thing about Curtis Sliwa is I never give up. I’ve said time and time again: I do not trust politicians. Let the people make the decisions—we pay the taxes.”