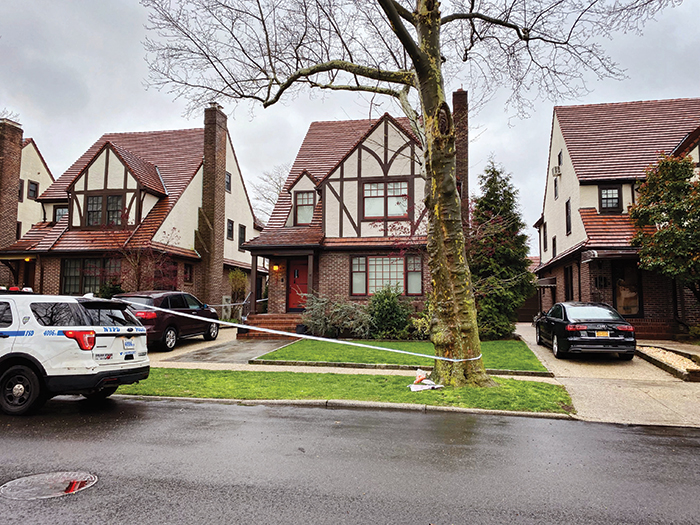 Gaal was stabbed to death inside her Juno Street home in Forest Hills.

A South Richmond Hill man has been indicted in the brutal murder of a Forest Hills mother of two, Queens District Attorney Melinda Katz announced Tuesday.

David Bonola, 44, was arraigned Tuesday on a 13-count indictment charging him with two counts of murder in the second degree, two counts of burglary in the first degree, concealment of a human corpse, tampering with physical evidence and criminal possession of a weapon in the fourth degree.

According to the charges, on Saturday, April 16, around 12:30 a.m., Orsolya Gaal returned to her home located on Juno Street in Forest Hills after an evening out. Bonola, who was a handyman and had done work at Gaal’s home on and off for the last two years came to the victim’s home a few minutes later. He entered the residence and the two engaged in a verbal argument. The argument escalated to Bonola allegedly slashing the woman’s throat and stabbing her more than 50 times.

The defendant retrieved a hockey duffle bag belonging to one of the victim’s sons and stuffed the woman’s bloody body inside and is allegedly seen on video surveillance from a nearby home rolling the duffle bag through the quiet neighborhood.

According to the charges, the duffle bag was later discovered near Forest Park at Metropolitan Avenue and Union Turnpike around 8 a.m., Saturday. Inside were the remains of the married mother of two. Police followed a trail of blood from the bag to the crime scene—the Juno Street home of Gaal.

“This heinous murder left two teenagers without a mother and terrified an entire community,” Katz said. “As alleged, this defendant brutally stabbed the victim over 50 times before stuffing her body into a duffel bag – which he then dragged for several blocks in an attempt to dispose of the victim’s remains. The defendant has now been indicted and arraigned on very serious charges and faces a lengthy prison sentence if convicted.”

If convicted, Bonola faces up to 25 years to life in prison.