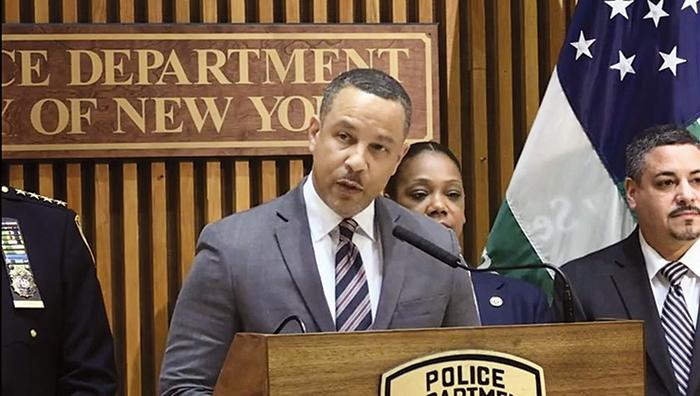 Dylan Cruz, a member of the Red Lane Gorillas set of the Bloods street gang, was sentenced on Friday by U.S. District Judge Joanna Seybert to 35 years in prison following his conviction on racketeering charges for his role in the July 2012 murder of Anthony Richard in Baldwin Harbor, the October 2014 murder of

Ehrik Williams in Hempstead, the November 2010 attempted murder of a rival gang member in

Roosevelt, and a several years’ long conspiracy to murder members of a rival set of the Bloods gang in Brooklyn.

Cruz, 30, pleaded guilty to racketeering in December 2021 along with co-defendant Richard Michel who is awaiting sentencing. 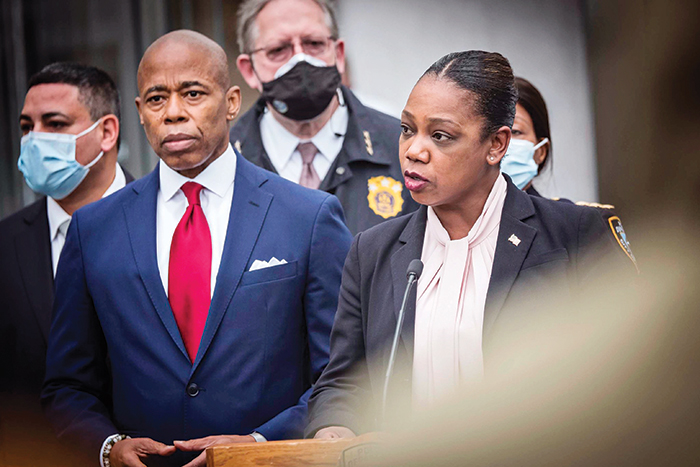 According to court filings and statements made by the defendant at his guilty plea, between 2010 and 2021, Cruz, along with other members of the Red Lane Gorillas, engaged in a violent gang war against rival gangs, including the Crips and the 5-9 Brims set of the Bloods, in Nassau County and Brooklyn. Cruz conspired to kill members of the 5-9 Brims and on Feb. 20, 2016, shot and seriously wounded a rival gang member and an innocent female bystander in Queens. On Nov. 17, 2010, Cruz also shot a rival Crips gang member in Roosevelt that left the man paralyzed.

Cruz also engaged in extreme violence against anyone suspected of disloyalty or disrespecting his gang. On July 15, 2012, Cruz murdered Anthony Richard, whom he wrongly suspected of assisting the Crips in the 2010 murder of a member of their gang. Cruz followed Richard to Baldwin Harbor, waited until he parked his car, and then fired 15 shots into Richard’s vehicle, killing him and seriously wounding a passenger.

Just over two years later on Oct. 14, 2014, Cruz murdered Ehrik Williams in Hempstead in the mistaken belief that Williams had robbed one of his associates. Cruz walked up behind Williams in broad daylight and fired multiple shots at him, killing him.

“Today’s sentencing reflects this defendant’s callous disregard for life, and reaffirms our commitment to rid our streets of violent criminals by holding them fully accountable for their actions,” City Police Commissioner Keechant Sewell said.