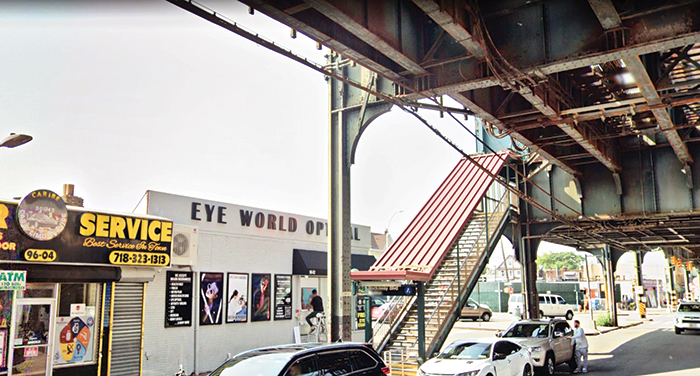 The Rockaway Boulevard A train station is set to get new elevators.

The Metropolitan Transportation Authority (MTA) recently announced a sweeping package of accessibility upgrades that will make nine more City Subway stations accessible, replace and upgrade elevators at another five subway stations, and make seven Long Island Rail Road stations in Queens and Nassau and Suffolk Counties fully accessible for the first time while replacing elevators at two additional LIRR stations. The elevator upgrades will bring to 116 the number of the LIRR’s 125 stations that are accessible to all, or 93 percent.

The MTA Board approved two contracts to advance Americans with Disabilities Act upgrades in the NYC Transit system.

This includes a bundle of stations to be delivered under a Public-Private Partnership (P3) delivery model that will add 21 elevators to make eight stations newly accessible and replace of 14 existing elevators at five others.

This contract is the first in MTA history to be awarded using the P3 project delivery model. This model requires that the developer finances a portion of the project with equity that is only repaid if the project is built and maintained to MTA standards.

In a separate contract, the Borough Hall Station 2, 3, 4, 5 in Brooklyn will also be made fully accessible along with investments address state-of-good-repair needs and renew the station. While the 2 and 3 train platforms are already accessible, a new elevator to bring customers from street level to the 4 and 5 train mezzanine and two others between the mezzanine level and the northbound and southbound  4 and 5 train platforms will be added. Accessible boarding areas will be created and the platform edges will be reconstructed to serve the northbound and southbound 4 and 5 trains at the Borough Hall Station. Station floors, walls, roof and ventilator structures will all be repaired.

The existing accessibility components at Auburndale and Valley Stream stations will also be upgraded.

These upgrades will provide new elevators between the street and platform level, modification of canopies, new sidewalks and curb ramps that are compliant with the Americans with Disabilities Act, according to MTA officials.

Also, MTA Construction & Development is bundling all nine stations into a single design-build contract. With this package moving to award, construction is expected to begin next year.