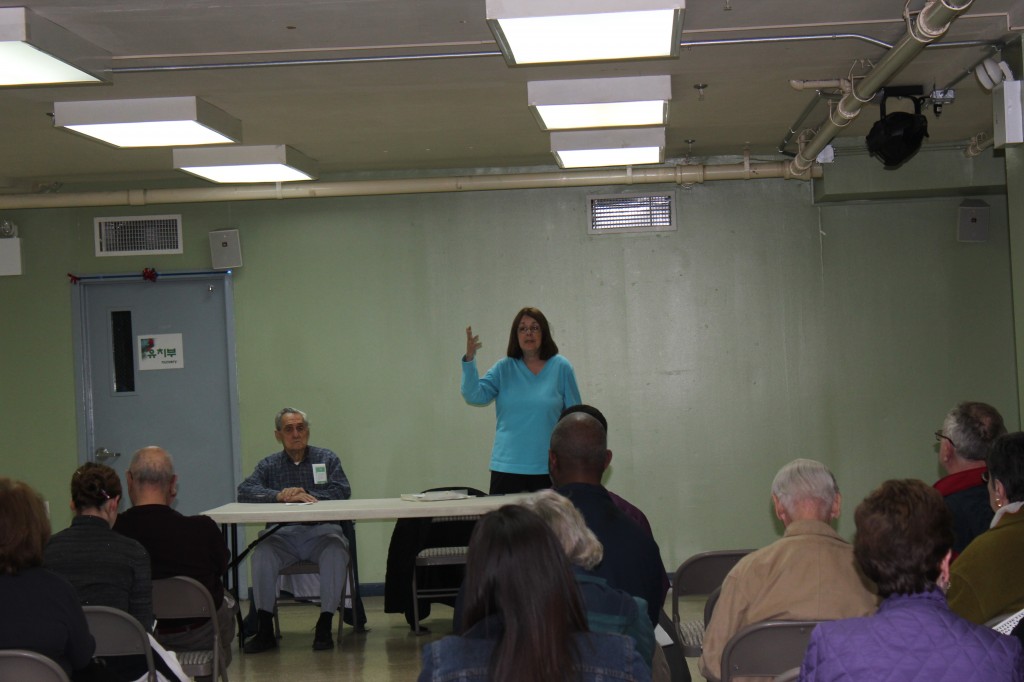 At its monthly meeting on Monday, the Communities of Maspeth and Elmhurst Together (COMET) discussed the longstanding problem of trucks driving through Maspeth and the push to add green space in Queens.

Daraio urged members to keep asking DOT to make Maspeth Avenue one-way—the department is still in its public review phase and public pressure may cause a change in plans.

Also related to truck traffic, Daraio updated the community about the MTA Access-a-Ride depot that the city has proposed moving to Maspeth from Brooklyn. The MTA and city is looking to move its vehicle storage depot from Greenpoint after agreeing to give residents a public park at the site and has contemplated a Maspeth location on 49th Street between 56th Road and Galasso Place.

When the plan was announced, COMET and local elected officials protested the move. With two other MTA depots in the area and a bevy of truck traffic, residents should not have to deal with more traffic issues, they argued.

“We’re at a standstill on this issue,” Daraio told the crowd.

She reiterated that Maspeth should not be a dumping ground for the city and that Queens needs more green space as well.

One popular location suggested for a public park in west Maspeth is at the former St. Saviour’s church site on Rust Street and 58th Street. There was some hope that the city would receive money to help purchase the property from the Newtown Creek Mitigation Funds. The state had agreed to give money to local projects along Newtown Creek as part of its settlement to bring the Newtown Creek Waste Water Treatment Plant to federal compliance.

Daraio said it was looking unlikely that money would be given to a St. Saviour’s project.

“It doesn’t look like we’re high enough [on the list of projects],” Daraio said. But that doesn’t mean COMET is giving up. “We have to keep doing what we have to do,” Daraio said, which includes advocating for the park.

In the meantime, Daraio said the community should continue adopting trees to help beautify their neighborhoods. Daraio quipped that she’s constantly cleaning up fallen branches and berries, “but it’s worth it,” she said.

Representatives from the 104th and 110th Precincts also gave crime reports on the area. Community Affairs Officer Thomas Bell of the 104th Precinct said highway patrol will start actively looking for trucks and see how the DOT’s new regulations regarding the Maspeth Bypass are working.

From both the 104th and 110th Precincts, crime has not been a major problem. There are still issues with car thefts, especially within the 104th Precinct, but Bell said the numbers are starting to go down.