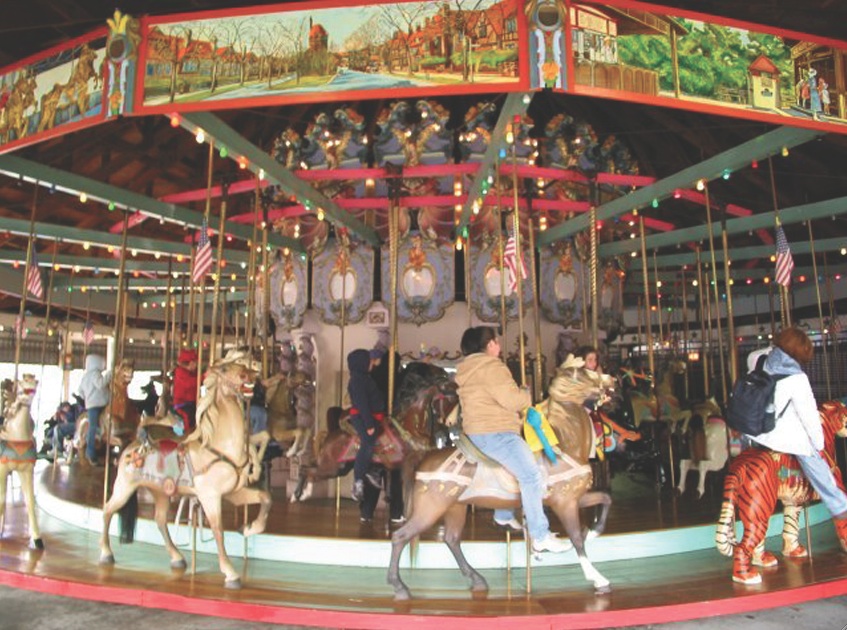 An audit by City Comptroller John Liu released April 15 found that the former operator of three carousels in the city may have taken a free ride on the city’s ticket.

New York One LLC, which currently operates only the Flushing Meadows Corona Park carousel after letting their contract lapse in Forest Park in 2009 and being booted from Central Park in 2010, owes the city more than $450,000 for repairs and maintenance, Liu said.

According to the audit, New York One overcharged customers, maintained scant records of its cash transactions and violated health codes.

“Our kids want to go for a spin on the merry-go-round, but taxpayers don’t want to be taken for a ride,” Liu said in a press release. “This contractor needs to straighten itself out.”

Per it’s contract, New York One was required to pay the city either a flat fee or a percentage of it’s sales, whichever was higher. Liu said the company always chose the flat fee, but sales records were so poorly managed that determining the overall sales is impossible. Auditors believe that the company underreported its earning by at least $58,000. Additionally, New York One owes the city $454,325 for repairs and maintenance they failed to make at the Central Park and Forest Park carousels, according to Liu.

Maria Thomson, executive director of the Woodhaven Business Improvement District—which has advocated for the reopening of the Forest Park carousel since 2009—said that New York One is a disgrace. “They were so lousy and they were trying to destroy our carousel, and now this?”

City auditors also found that the Parks Department failed to collect up to $151,375 in operating fees from New York One when they ran the Central Park carousel without a contract from January to September 2008.

However, the Parks Department contests the financial findings of the Comptroller’s office. According to a Parks department spokesperson, no payment is due for either improvements or as part of a break in their contract.

“New York One undertook the significant investments required to maintain all three carousels in working order throughout the terms of their agreements,” spokesperson Philip Abramson said. “This made it possible for them to meet the requirements as stated in their actual contract and it kept the carousel open without a break in service to the public.”

In addition to the financial findings, auditors said New York One failed to obtain the proper licenses for food carts from the Department of Health and maintained dirty, unsanitary facilities—for example, a Central Park carousel mechanical room was converted into a makeshift toilet using funnels and buckets.

Liu said he believes the Parks Department failed to properly monitor the carousel operator. “The Park Department needs to monitor the company to ensure taxpayers are getting their due or find someone who is up to the job,” he said.

Abramson said the Parks Department performed an internal review of the operations at the Central Park carousel long before the comptroller’s audit began, and that review led to the termination of New York One’s contract for that site. Donald Trump’s company now operates the carousel at Central Park, while the Forest Park carousel has remained closed since 2009.

“On our own volition as an agency we long ago directed New York One to implement nearly all of the recommendations addressed in the audit,” he said, adding, “Taking the family on a carousel ride in a park is a treasured New York City experience and we thank the Comptroller and his staff for their time and effort toward their report.”

Both the Parks Department and the Comptroller’s office recommended New York One make improvements on the Flushing Meadows carousel, obtain all the proper permits and improve their bookkeeping. According to the press release, New York One disagreed with most of the findings, but accepted the recommendations.

George Makkos, president of the Makkos Group and a principal member of New York One LLC, could not be reached for comment.

This month, the Parks Department began accepting bids for an operator to take over the Forest Park carousel. The contract will begin immediately for the site, and will include the Flushing Meadows site once New York One’s contract expires in 2012. Bids must be received by May 13.