Residents living around New York & Atlantic Railway’s (NY&A) tracks, especially in Ridgewood, Glendale, Maspeth and Middle Village, have had to deal with increased rail traffic, which has led to increased complaints about noise and the smell from the waste the trains carry. CSX, the operator of the trains that utilize the track, and NY&A have begun to address the communities’ concerns, but some residents say it is not enough.

In response to the complaints, CSX and NY&A sent a proposal to local elected officials to remediate the problem. The plan, discussed on Tuesday, April 26, at La Bella Cucina restaurant in Middle Village, involves moving the charging station approximately 800 feet to the corner of 69th Street and Juniper Boulevard South, away from the densely packed residential area. 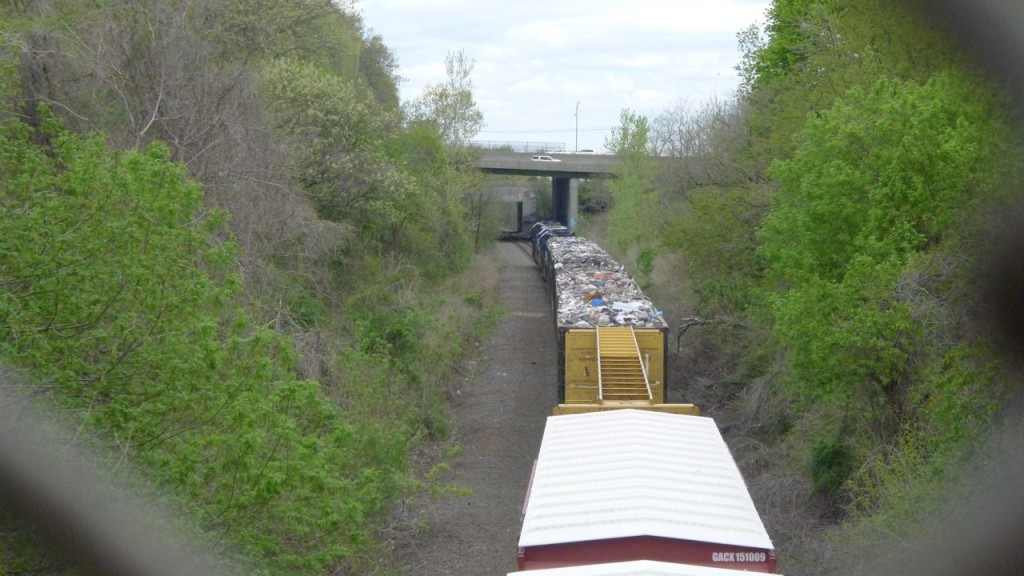 While there were some merits to the proposal, it was rejected by the politicians on hand, which included Assemblymen Andrew Hevesi (D-Forest Hills) and Mike Miller (D-Woodhaven), Councilwoman Elizabeth Crowley (D-Middle Village). State Senator Joe Addabbo (D-Howard Beach) and Representative Anthony Weiner (D-Kew Gardens) sent representatives to the meeting, and some homeowners were also present.

The existing charging station was placed near 69th Lane to help solve the issue of idling trains. To recharge train brakes, which naturally lock, train operators can idle the engine to alleviate built up air pressure—a process that could take hours to complete. With the charging station, the brakes can be recharged at a much quicker pace.

Unfortunately for residents around 69th Lane in Middle Village, trains recharged at the station in the early hours—generally around 5 a.m.—waking up the neighborhood. Residents also complain that trains still idle for hours at a time, and the noise isn’t confined to the morning.

“We hear idling during all hours of the day,” said Anthony Pedalino, a homeowner on 69th Lane. “It’s getting unbearable.”

Bob Holden, president of the Juniper Park Civic Association (JPCA), praised the homeowners who rejected the plan. “Admirably, they did not want to move their problem to other homeowners,” he said.

Although a solution wasn’t achieved at Tuesday’s meeting, Crowley, who helped organize the meeting, saw reason for optimism.

“CSX and New York and Atlantic Railroad have recently shown they are addressing this issue and their latest proposal is a step in the right direction,” Crowley said in a statement. “I believe CSX understands how important it is to work with the local elected officials and the residents to bring about a resolution that works for all.”

The homeowners’ patience, however, is beginning to fray.

“[The railroad] has got to go. This is a residential neighborhood,” said Ed Cataldo, a homeowner on 70th Street.

At last week’s JPCA meeting, Hevesi and Addabbo both promised to continue working on the issue. The two legislators are sponsoring several bills that would require putrescible waste to be covered, reducing the smell, and increasing fines for illegal idling and other railway infractions.

“It’s not a question of if it’s resolved, but when,” Addabbo said.

Hevesi said he was “incredibly frustrated” about the issue. “It’s one of the most difficult situations I’ve had to work on, and the reality is, we have not had progress,” he said. Hevesi said he was working with CSX and NY&A, and he hopes to bring representatives from the company together with community leaders.

One alternate solution involved moving the charging station south towards All Faiths Cemetery near Metropolitan Avenue. Dan Austin, the president of the cemetery, condemned the proposal.

“I have empathy for the homeowners, but I’m not going to stand here and say bring it into my cemetery,” Austin said at the JPCA meeting. He stressed that it’s important for communities to show respect for the dead. Austin told the crowd that he’s had to tell people visiting the cemetery, “No, we don’t have decaying bodies; it’s a trash car.”

Whatever solution is implemented, Middle Village residents have made it clear they will not tolerate a rail yard in their backyard.

“We should demand that the railroads come up with a solution to get this railyard activities, noise and pollution away from the residential area,” Holden said. “Our backyards are not rail yards and should not be used as such.”

And if the solution doesn’t come soon, residents like Cataldo might be forced to leave their homes and lives they’ve built in the community.

“It’s the death of another middle class neighborhood because of corporate greed and malfeasance,” Cataldo said.