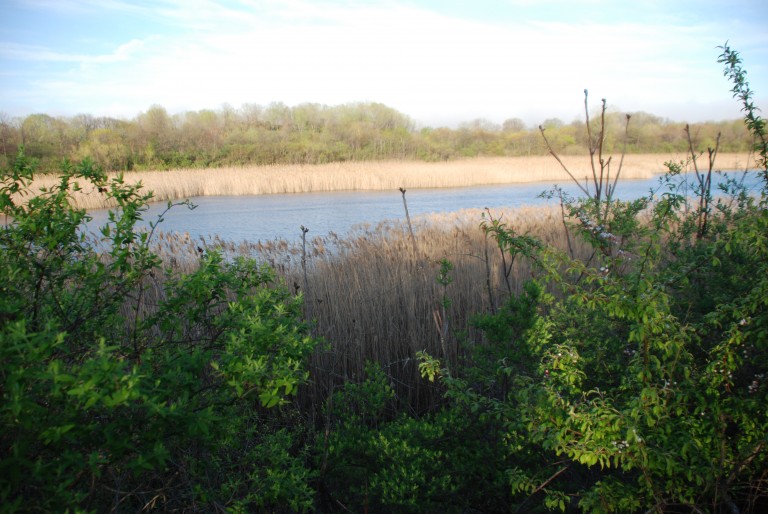 After years of debate between the Parks Department, city planners, developers and community activists, a renovation of Highland Park and the Ridgewood Reservoir will begin Monday.

The phase one developments will include adding and upgrading lighting throughout the park and installing new steel bar fencing along the reservoir. Parks Department Spokesperson Patricia Bertuccio said the planned improvements address security while beautifying the park (the cyclone fence currently surrounding the reservoir is often lambasted as an eyesore).

“Fencing of historical reference near seating areas between basins will allow visitors visual access to the natural environments in the basins,” Bertuccio said.

The most significant win for those opposed to further development at the site is that the reservoir will—for now—remain green space; plans for development of a ball field have been put on hold.

“I look forward to the improvements that are going to begin, which will include new lighting and new fencing around the reservoir,” said Community Board 5 District Manager Gary Giordano. “This is the closest thing to a nature preserve near us. I would look at this as a first step to what some of us would like to see there.”

“This phase one plan is completely separate from any discussion of a ball park or soccer field. No decisions have been made yet with regard to what should go in place of the reservoir, but we’re on record that any sports fields in place of what is a nature preserve is unacceptable,” he added.

First developed in the 1860s to provide water to Brooklyn, the reservoir lasted nearly a century before becoming completely obsolete as a city water source. During the 1960s and 70s the reservoir was used as an illegal swimming hole and there were several accidental drownings. The reservoir was drained in 1989.

Since then, it was overgrown by birch and the central marsh was settled by New York City’s less vocal inhabitants—bamboos, wet woods, and nearly 140 types of birds.

PlaNYC 2030, a comprehensive city plan for a greener New York released in 2007, possibilities for the reservoir included park space and ball fields—contrary to Mayor Bloomberg’s push for green spaces. In 2008, former city Comptroller William C. Thompson opposed a city contract with Mark K. Morrison Associates for landscape designs that would include sporting fields on part of the reservoir, citing a lack of environmental review.

“Given the sensitive ecological nature of the location, we strongly believe that the environmental assessment process must have maximum transparency,” Thompson said in a letter to the Parks Department in 2008.

In a New York Times Op-ed, Thompson wrote: “This plan flies in the face of Mayor Michael Bloomberg’s widely hailed environmental blueprint, which bemoans the loss of the city’s natural areas.”

The $3.3 million contract, part of a potential $50 million project, was scrapped.

During the fiscal crisis of 2009, the original $50 million was reduced to less than $20 million, excluding funds already allotted for Mark K. Morrison Associates for the phase one project.

“While six foot fencing might hinder some public access viewing, that issue is far outweighed by the greater issue the of public safety and security of people visiting the site,” wrote Addabbo in 2009. Recently Addabbo reiterated his concerns about the plan.

In response, Lewandowski said public access to the basins would be possible in the future and that fence is meant to provide “a clear view into the basins which will allow the public to better appreciate the interior as well as provide easier observation by the police and parks patrols.”

The new contract for the phase one renovations, at $6.5 million, was awarded this year to Maspeth-based Trocom Construction, a highway and street construction outfit founded in 1969.

Along with the new fencing, the phase one project will widen pedestrian paths throughout the park, add lighting and mediate invasive weeds.

“Invasive species that are compromising the infrastructure and threatening the delicate biodiversity of the Reservoir basins will be removed,” Bertuccio said.

According to Bertuccio, the project could take up to a year to complete.