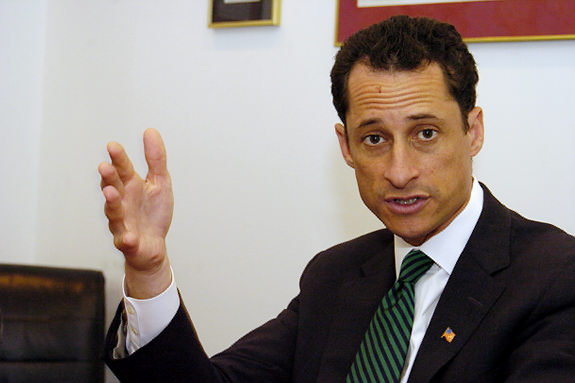 Weiner made national news over the weekend when a lewd photo was sent from his Twitter account to a 21-year-old female college student. Weiner insists his account was hacked. (For full details see page 5.)

A quick visit to city Councilman Jimmy Van Bramer’s Twitter page tells visitors that the city has extended its deadline for Summer Youth Employment Program applications until June 3. On State Senator Joe Addabbo’s Facebook page, visitors can learn about a Tax Lien Assistance event for residents, which will be held in Glendale this July.

Besides just touting press releases and events, however, these sites can add a nice personal touch. We know Weiner is closely following the NHL Stanley Cup Finals (“Canucks in 5. #ButImRootingForBs,” he tweeted over the weekend). Councilman Eric Ulrich joked, “I wonder if Trump wants to see Osama’s death certificate,” after news of Osama bin Laden’s death.

But Weiner’s scandal also shows the dangers of these sites. One rogue person could hijack anybody accounts—who hasn’t gotten spam email or Facebook messages from friends whose accounts were hacked?—and create an unwanted controversy.

Instead of shying away from the technologies, safe practices should be used. Strong passwords that are changed periodically is one of the easiest ways to keep hackers at bay. So, local leaders, The Forum encourages you to get active online (and follow @theforumnews). Just no unflattering pictures that may or may not be you please.