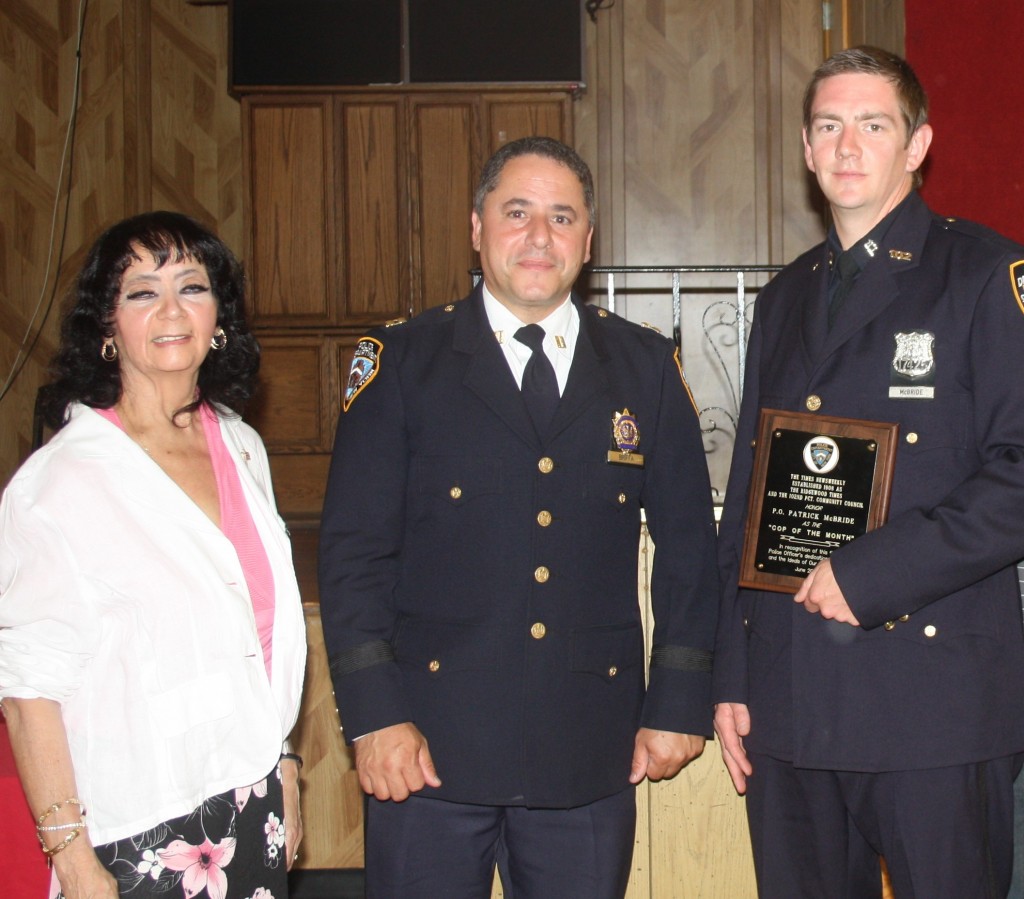 Police Office Patrick McBride was presented with a plaque honoring him for his efforts in making an arrest made last Thursday while on midnight patrol.

Officer McBride observed two young males on a bicycle at approximately 3:30 a.m. and followed them as a routine procedure to a home off of Jamaica Ave on 107th Street. At that point one of the cyclists had gotten off the bicycle and was walking on the lawn of a resident while carrying a backpack. Officer McBride then approached the two to question them, at which point one fled and jumped over the fence. Officer McBride called for back–up and the suspect was subsequently picked up by police.

Officer McBride continued questioning the other suspect and examined the contents of the backpack, which contained several electronics including a portable GPS system, a cell phone, camera and other items. Officer McBride examined some photos on the camera and noticed a man posing with some of the same electronic equipment in his possession. The man in the photo was standing next to a car, and when police ran that plate number and called the owner they were told the same items had been stolen from his vehicle only hours before.

As a result of the follow-up investigation, it was discovered that the suspect who had originally fled from Officer McBride had a long history of prior arrests for crimes involving autos and auto theft.