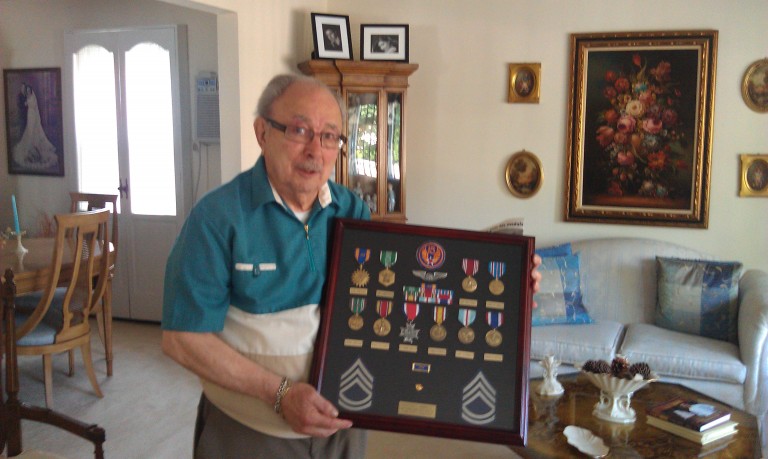 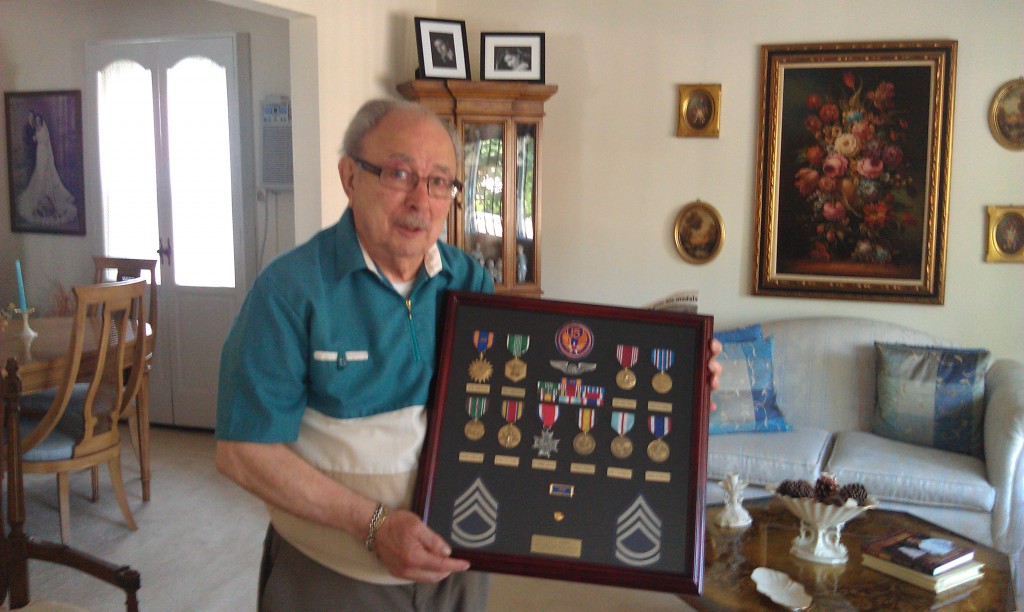 For 66 years, Pat Ammirati had his memories, but he never received his promised medals for serving in the Air Force during World War II. Last month, he finally got the medals he deserved.

Ammirati served as a flight engineer on the 15th Air Force, which underwent bombing missions throughout Africa, Europe and the Mediterranean. He recalled that his first mission was a 10 and a half hour flight for a bombing mission in Italy.

“It brings back memories. I lost some close friends,” he said.

After his first campaign with the 15th Air Force, which included 53 missions over a six-month span, Ammirati was given a furlough to return home. In between training missions and medical evaluations, Ammirati got married.

The next few months were a tumultuous time. Ammirati was severely injured when he fell out of a plane, and his wife became pregnant. He was treated at St. Petersburg Florida until he was medically discharged on February 2, 1945.

Since then, he’s fought a losing battle to get services and honors that were promised to him.

“I was awarded 50 percent disability. I never saw this 50 percent. I would up getting 10 percent,” Ammirati said. “They didn’t give me nothing.”

“You lose a lot of faith,” Ammirati continued about his quest to get his medals.

Finally, several months ago, Ammirati was acquainted with a friend from the Broad Channel American Legion Post 1404.

“These were people who I didn’t know, and they really went to bat for me,” he said.

“I couldn’t talk. It was so amazing. Unbelievable, the only thing I could say was ‘thanks,’” he said.

The medals are now a reminder of the sacrifice taken during the war. “They mean everything to me. A lot of people wouldn’t be here if it weren’t for me and the other fellows who fought in the war,” Ammirati said.

He intends to pass the medals to his great-grandchildren as a Christmas gift. “He’s really into this stuff,” Ammirati said.