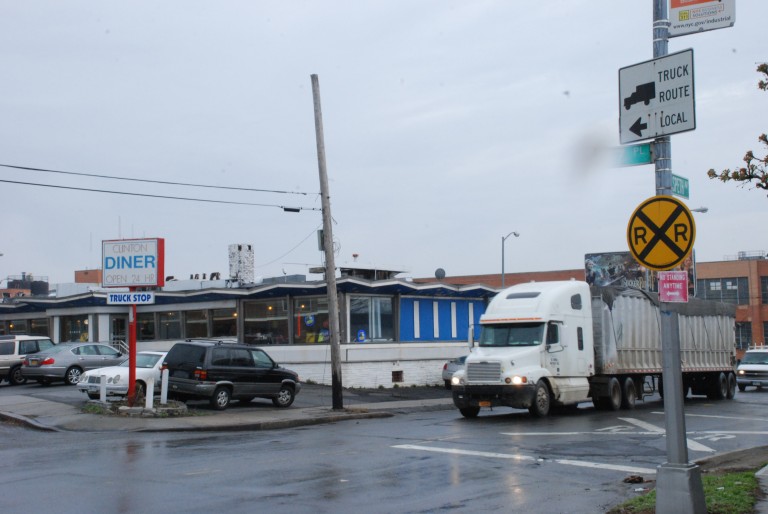 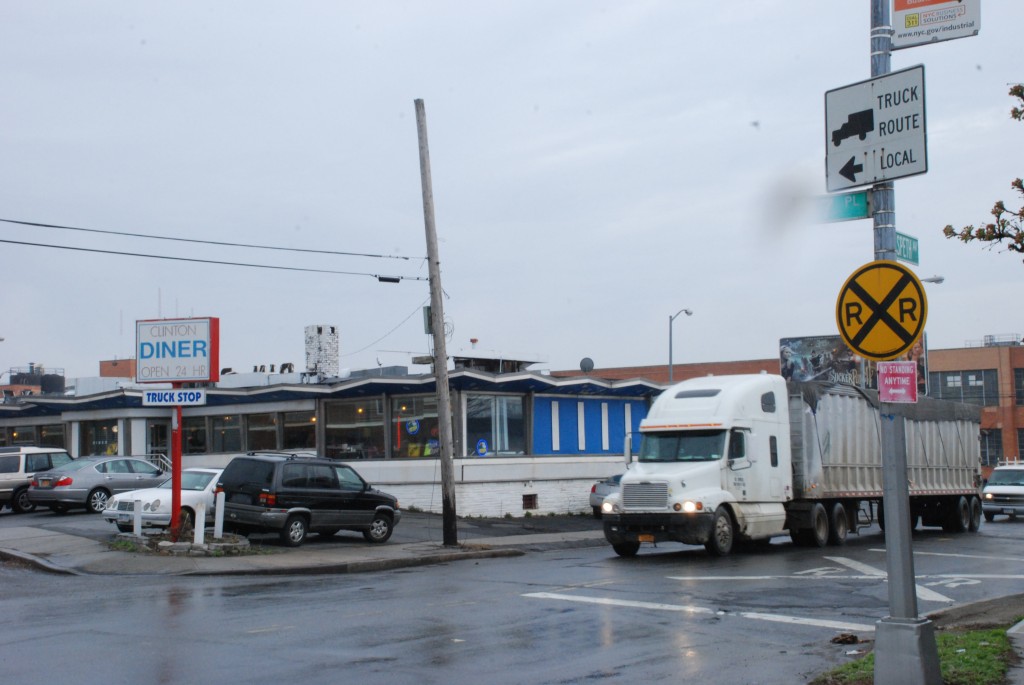 The Maspeth truck bypass plan has been delayed yet again amid continuing debate, although some members of Community Board 5 questioned the need for further street amendments.

The Department of Transportation (DOT) presented another version of street changes proposed under the Maspeth Bypass Plan to CB 5 on June 15. The most contentious aspect of the plan involves a five-way intersection where Maurice Avenue, 58th Street and Maspeth Avenue converge.

A vote on the “final” plan had been postponed during the board’s May meeting after local businesses protested, saying that their businesses would struggle of even fail due to a lack of accessibility under new street changes.

Nick Diamantis, owner of the Clinton Diner on 57th Place, had said the conversion of the street to a one-way would make it impossible for cars to enter and exit his parking lot.

The DOT presented an updated version that addressed many concerns, but still didn’t pave the way for approval. Once again, the full board of CB 5 postponed a vote on the bypass plan, this time until July, despite most members of the Transportation Committee opposing a delay.

CB 5 Chairman Vincent Arcuri, along with Councilwoman Elizabeth Crowley and her cousin, Congressman Joe Crowley pushed for a vote and said the DOT has been accommodating and compromising with the community throughout the plan’s long inception.

“Unfortunately, these projects take time, which is why tonight is so important,” Congressman Crowley said in a statement read to CB 5 by his aide. Crowley’s aide went on to note the health, safety and quality of life issues the community has fought to remedy, and noted that while the plan isn’t perfect, “the city Department of Transportation is working … to address some of the issues,” and he is happy to “use his office to further facilitate these negotiations.”

Despite calls to pass the bill and then work through the kinks, there were signs that the whole proposal could ultimately be voted down.

While 57th Place will remain a two-way street under the newest revision, Diamantis said any change is still more harmful than beneficial. The Clinton Diner, once run by Diamantis’s parents, faces the five-way intersection and depends on its traffic for survival, he said.

“In 25 years, I have never seen an accident at the five-way intersection,” Diamantis said. “Why fix something that isn’t broken?”

His sentiment was echoed by several board members.

A legal representative for Junior’s Cheesecake, just north of the five-way on Maurice Avenue, said that if Maurice Avenue was converted to one-way north-bound, Junior’s would certainly close. Their loading dock is separated from the avenue by a thick concrete wall, and the only way for trucks to make the dozen or so daily deliveries is to back in while facing south.

“If this plan is approved, Junior’s will fail,” he said.

Earlier in the month, Community Board 2 approved the same plan CB 5 postponed. According to CB 2 Chair Joseph Conley, the area’s businesses had voiced approval. He said that the board asked Diamantis if the consensus was that this plan was acceptable to area businesses and he told them “yes.” Nevertheless, said Conley, another business—Junior’s—came forward after the vote to oppose the plan.

Conley has not heard from the DOT or local businesses since the vote.

“The DOT spent a lot of time speaking one-on-one with businesses over there,” he said. “They presented a very good plan to move forward with but like any plan, there will be adjustments.”

Members of the CB 5 Transportation Committee also suggested approving the plan and working with the DOT to mitigate any remaining issues, such as the loading dock of Junior’s Cheesecake.

“It’s been controlled chaos over there for years but now DOT is trying to make it better,” said Conley, who doesn’t expect CB 2 to vote on the plan again. “In absence of any change of the plan, we would expect DOT to move forward with this.”