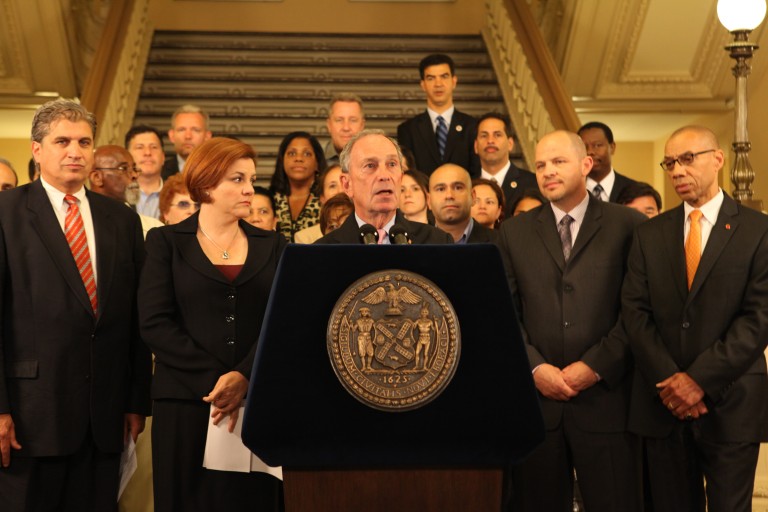 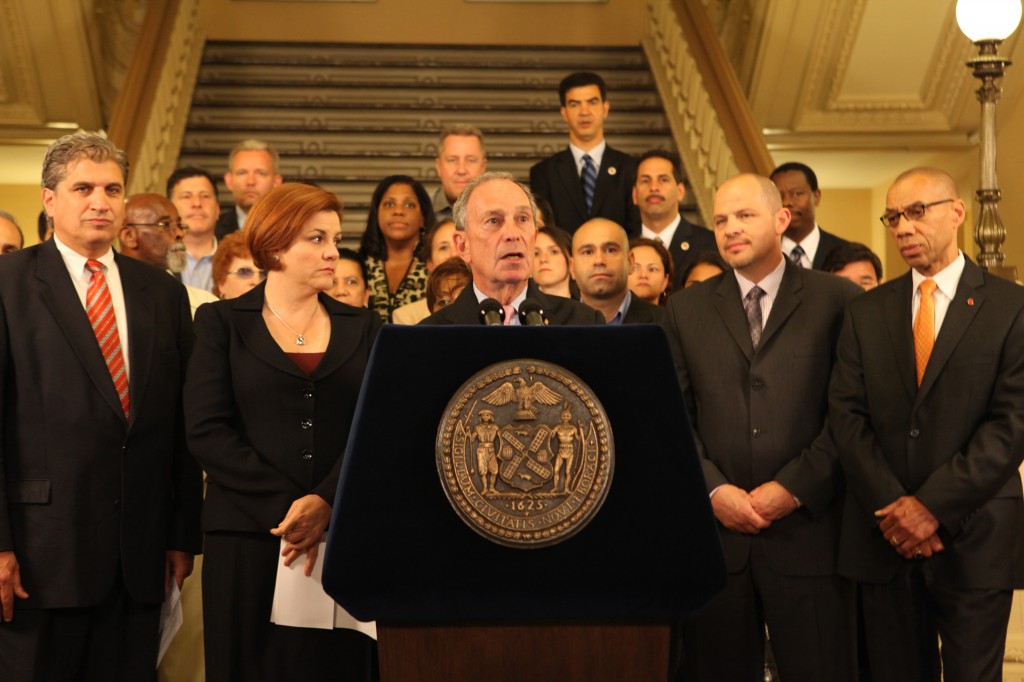 The doomsday scenario of teaching positions, firehouses and other vital services being cut was averted last Friday when Mayor Michael Bloomberg reached a preliminary agreement with city lawmakers.

After months of negotiations, Bloomberg, along with Council Speaker Christine Quinn and United Federation of Teachers (UFT) President Michael Mulgrew, announced the $66 billion budget agreement in a press conference on Friday afternoon.

“We have agreed upon a fiscally responsible budget that does not raise taxes, and protects the core services that will allow us to continue growing our economy, improving our schools, and protecting our neighborhoods,” said Bloomberg.

Council Member Elizabeth Crowley, who is the Chair of the Fire & Criminal Justice Committee, was elated that New York City lawmakers found space to save the firehouses in the budget.

“Thanks to the leadership of Speaker Quinn, along with my colleagues, the City Council once again restored the funding to keep all fire companies open.  The City Council has demonstrated that maintaining our fire protection is a top priority.” Crowley said.

Teaching layoffs were avoided thanks to a series of concessions and compromises.

The budget calls for the UFT to cut study sabbaticals for teachers in the 2012-2013 school year. It will also require that teachers who do not have a full-time position assume a substitute teacher role, which will reduce substitute costs. These concessions are expected to save the city about $60 million.

“I want to thank all parties involved in this agreement for their willingness to come together to prevent the harm that would come to our students from a massive loss of public school teachers,” Mulgrew said, adding that the orginal budget “could have been a disaster for our schools.”

The 2012 budget uses a $3.6 billion surplus from 2011, but would still leave a deficit of almost $5 billion for next year. Bloomberg had hoped to use the surplus to offset losses in next year’s budget.