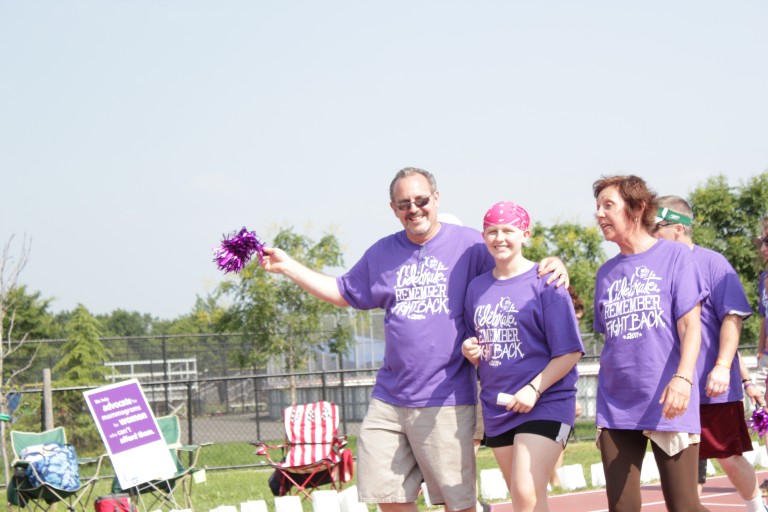 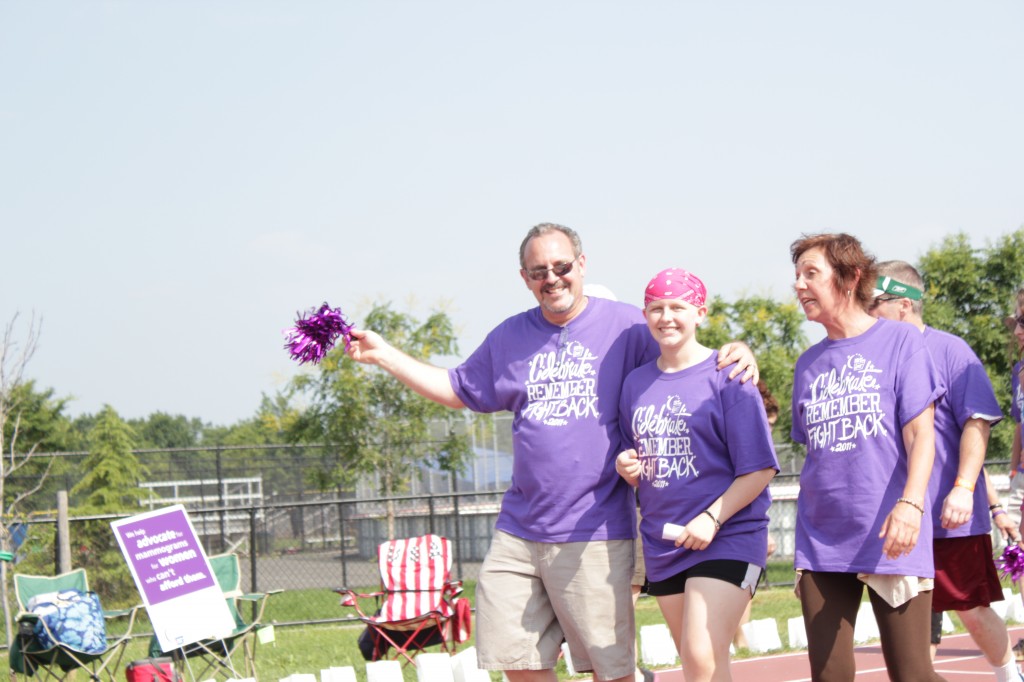 At the ninth annual Middle Village Relay for Life, held this past weekend, 13-year-old Cara Stock was surrounded by living proof that cancer is not an automatic death sentence—none closer than her father Raymond Stock, who beat lung cancer six years ago.

“I want to be an example for people,” Raymond said. “If you stay strong, it’s not just a dire situation when you hear the words, ‘You’ve got cancer.’”

As a former smoker, Raymond knew the risks. When he was diagnosed, he said he sometimes questioned why it had to happen. Now he understands his experiences can help others around him, especially his daughter.

Cara was diagnosed with liposarcoma, cancer of the body’s fat cells, last year after noticing a lump on the back of her thigh. (“You’re going to hear a lot about my butt,” she told the crowd as the honorary speaker of the year’s event.) Cara underwent her first round of chemotherapy during Memorial Day weekend, but she held off further treatment so she could graduate middle school with her friends.

The Stocks were grateful for the outpouring of encouragement at the relay. “That support has made it easier for me and my family,” Cara said.

That’s the spirit that draws the community to Juniper Valley Park and the Relay for Life each year.

“It’s a celebration of life,” said Leonard Santoro, who walked with Maspeth Federal Savings Bank. “My mom’s a cancer survivor, that’s why I relay.” Santoro had high praise for the American Cancer Society, which sponsors the annual walk in various communities throughout the country, for its outreach and services for cancer patients. 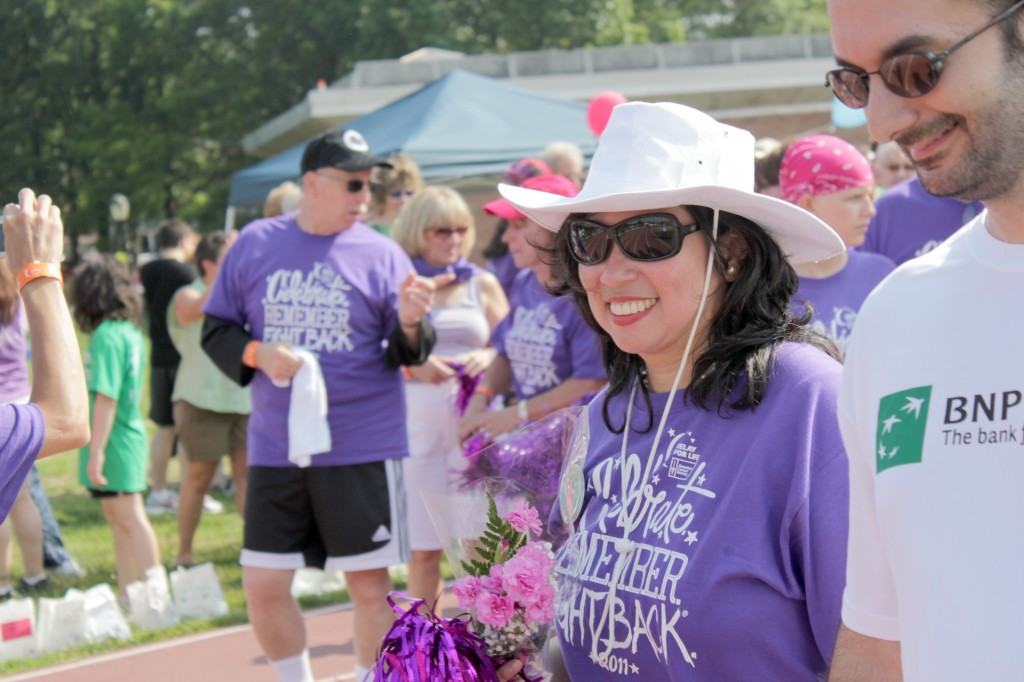 More than 600 people walked throughout the night to raise more than $150,000 for cancer research. Leslie Orlovsky, who runs the Middle Village event for the American Cancer Society, said she’s constantly amazed by the support from the community. “Some people may spend the rest of their lives wondering if they made a difference, this will not be an issue for my relayers,” she said.

Cara thanked the crowd for their support and promised to remain strong.

“I will not change,” she proclaimed.

Her father wouldn’t have it any other way. “I’m so proud of her. She’s a great kid, so positive and so strong. I’m so lucky to have her as a daughter,” Raymond said.

She started another round of chemotherapy on Monday following the relay.