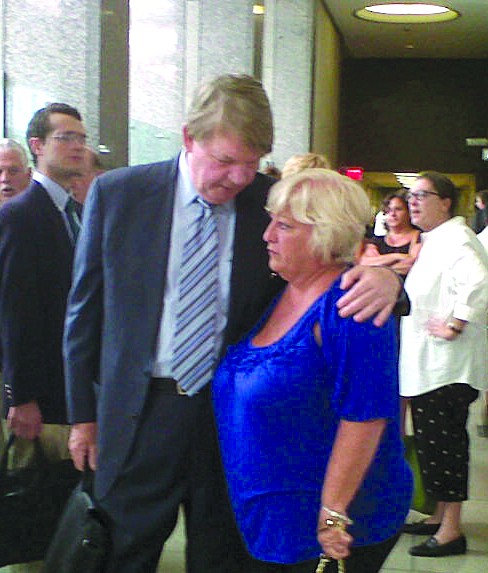 Another controversial twist surfaced in the murder case against Barbara Sheehan when Queens Supreme Court Justice Richard Buchter recused himself from the upcoming high profile murder trial. Sheehan is charged in the 2009 shooting death of her husband, retired NYPD Sergeant Raymond Sheehan.

Buchter took himself off the trial assignment after defense attorney Michael Dowd asked him whether a letter he had received from John Ryan, Chief ADA from the office of DA Richard Brown, would affect his judgment­­­­ due to the fact that Buchter’s daughter Rachel is a prosecutor for the Queens DA.

Ryan’s letter states that “Mr. Dowd continues to baselessly and recklessly impugn the integrity of the Assistant District Attorneys assigned to this case, and, indeed, of the District Attorney’s Office itself.” It was those words, according to Dowd, that caused him to bring up the letter to Judge Buchter.

But despite a New York Post article on Wednesday, which blames Dowd for the judge’s exit, the defense attorney maintains that he didn’t want Buchner to step away from the case. “I never asked that the judge recuse himself. I was concerned over a letter sent to the judge by Ryan and I asked him [Buchter] if the letter would affect him,” Dowd said. “When [Buchter] said it would not, I said good then and that’s the end of that.”

Dowd went on to qualify his faith in the judge at the hearing on Tuesday morning, saying on record that he had been involved in several high profile cases with the judge and that he was willing to trust that Justice Buchter would be able to rule fairly.

Despite protestations and expressions of confidence in the judge’s ability to rule fairly, from both the prosecution and the defense, Judge Buchter addressed the court saying that “it is a very negative situation … and I am uncomfortable.”

Buchter’s exit provides the third opportunity for Dowd to submit a renewed motion to reverse an order handed down by retired Justice Arthur Cooperman in 2009 prohibiting the defense from using expert testimony in support of the battered woman defense.

“All I am asking for is a fair trial,” Dowd told The Forum. “Barbara Sheehan deserves that. Her life is on the line.”