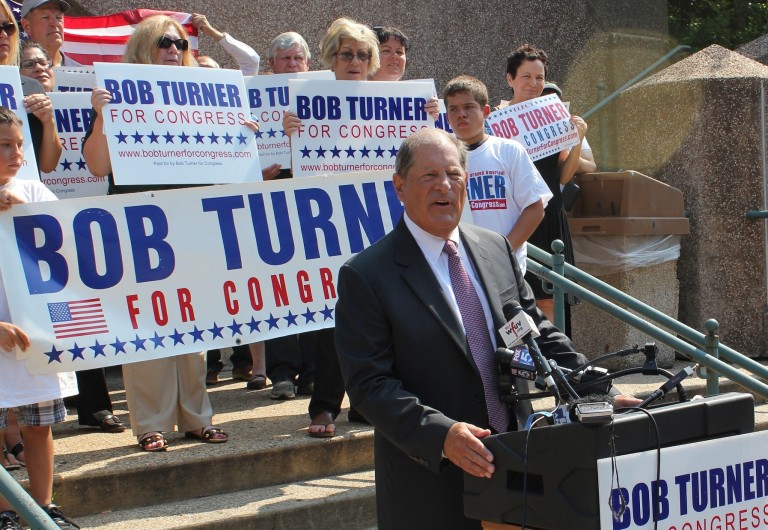 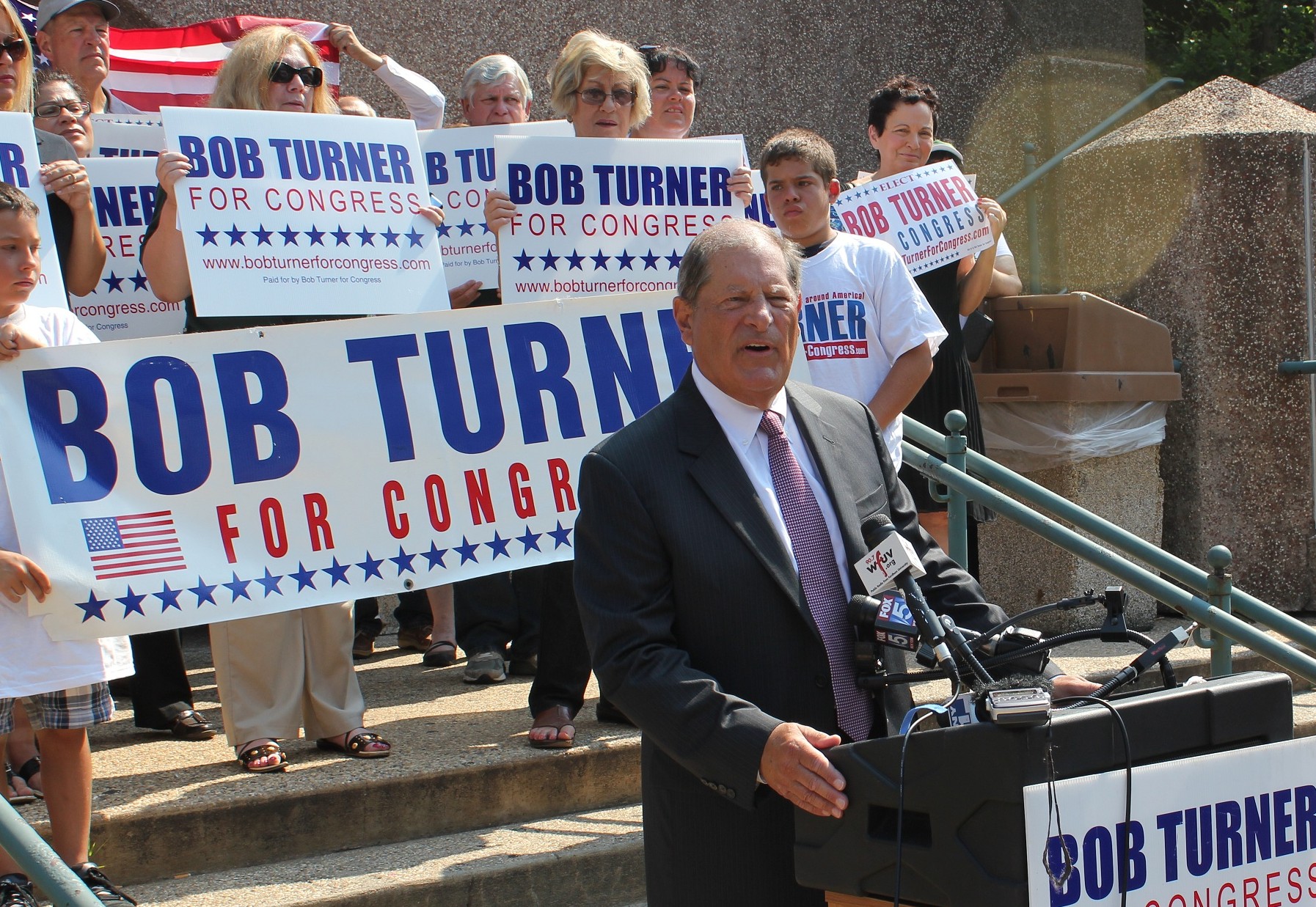 After being selected to run on the Republican line by Queens and Brooklyn GOP leaders on Friday, retired media executive Bob Turner of Rockaway wasted no time kicking off his campaign for the 9th Congressional District seat vacated by Anthony Weiner.

On Monday, the 70-year-old Turner, joined by dozens of supporters and state and local Republican leaders, proclaimed he was the right man for the job during a press conference at Station Square in Forest Hills.

“There’s some important work to be done,” Turner said. “This country is on the wrong course.”

Opposing him in the race is state Assemblyman and former city Councilman David Weprin of Holliswood, who was selected by Democratic leaders.

Weiner, who represented the district since 1999, resigned on June 16 amid a sexting scandal. Governor Andrew Cuomo called a special election to fill the seat for September 13—primary day.

Turner, who ran against Weiner in 2010 and received nearly 40 percent of the vote, acknowledged he is likely the underdog. The district leans nearly three-to-one for the Democrats, and since the election is on primary day, more registered Democrats are expected to vote.

“The fact that the election is on primary day is not an accident. We have a lot to do,” he said.

Still, Turner said he is running for office to fix the “crisis of leadership” in Washington D.C. “We have a situation in Washington where we don’t have any leadership. When I talk to people in this district they’re frustrated with where we’re going right now,” he said.

Lorraine Neir, a Forest Hills resident who volunteered for Turner’s campaign in November, said Turner’s common sense approach appeals to her. “Weiner never did anything for us. We need a change,” Neir said.

Reporting for Capital Tonight, Liz Benjamin said Ragusa felt Turner was too close to city Councilman Eric Ulrich (R-Ozone Park) and did not want to further raise Ulrich’s profile because Ragusa is currently fighting a battle over control of the Queens Republican Party with brothers John and Bart Haggerty—the latter serves as Ulrich’s chief of staff.

Now that the in-fighting is over, Republicans are united for Turner.

“We are very pleased to have such a capable and experienced candidate to win this seat,” Ragusa said in a statement. Ragusa touted Turner’s strong campaign in 2010 and said a victory would be a clear message to the country.

Likewise, Reyes is fully supporting Turner’s run. “He is a highly qualified candidate with strong business experience who ran a good race last year. I look forward to seeing him serve the people of our district in Congress,” Reyes said in a statement.

At the press conference on Monday, Republican leaders were excited about the chance to win the seat.

“People are finally starting to wake up. [President Barack] Obama’s honeymoon is over,” Ulrich said. “Republicans are the only ones who have a plan to turn the economy around. Turner will bring common sense back to Congress and he is someone who will make us proud.”

Turner has two months to convince the voters to think like Ulrich.

“I’ll bring practicality and business sense to this district. The message has to be delivered,” Turner said.