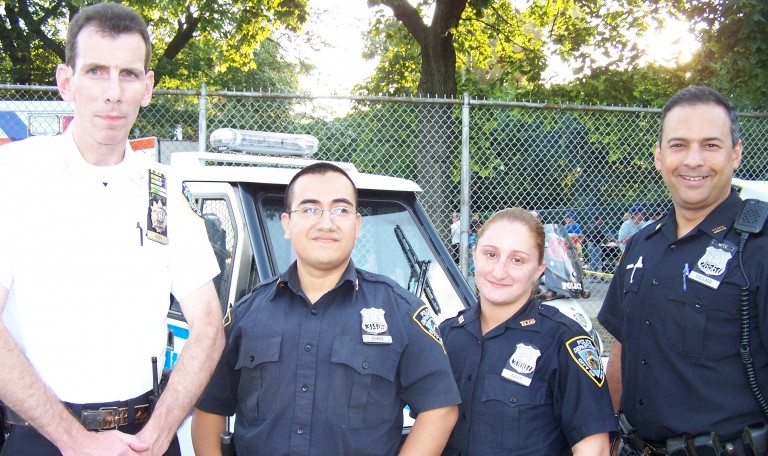 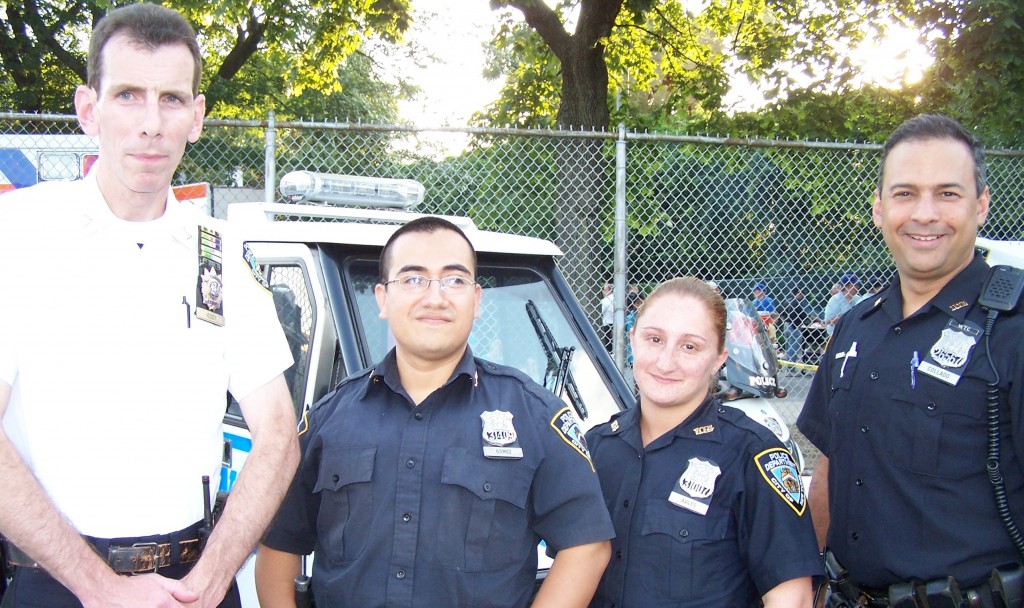 Police precincts across Queens and the city celebrated Night Out Against Crime, carrying a theme of patriotism and strong community relations between residents and the NYPD.

Locally, both the 112th Precinct and 104th Precinct hosted events for the 28th Annual Night Out Against Crime, featuring entertainment and food for the community. The nationwide event, sponsored by the National Association of Town Watch, is designed to create support and participation in anticrime programs and strengthen the relationship between local police and residents.

The 104th Precinct held its event at Mafera Park in Ridgewood and offered numerous activities for the community. Families and officers socialized, played, danced, and discussed local problems in the area. Officers even volunteered to take turns in a water-dunking booth.

“The turnout is better than we expected,” said 104th Precinct Captain Michael A. Cody. Parents browsed the tables and spoke with local vendors. Their children danced, played games and enjoyed ice cream.

Other events included children from the YMCA Community Camp performed their dance routine to Glee’s “Singing in the Rain/Umbrella. “We wanted to share our end of the year performance with the community,” said Lakeirha Harris, the YMCA Executive Director. YMCA staff then led the community in Zumba exercises.

Bobbi & the Strays, a local non-profit organization from Glendale that rescues dogs and cats, was on hand to spread the word about their new center in Freeport and the virtues of animal adoption. This year, they have rescued 440 animals. “It’s all about eye contact,” volunteer Andrea Lopilato said, of matching future owners and pets. “It’s when you see an animal and think, ‘I have to have him.'”

Over in Forest Hills, a feeling of pride swept the crowds at MacDonald Park as families from the 112th Precinct socialized with community leaders, browsed the local vendors, and enjoyed the entertainment. Local groups including the International Karate Center, Singers from SGI USA and Rhythms & Soul Dance Studio performed.

“This is a great night because it brings out the community,” said Councilwoman Karen Koslowitz (D-Forest Hills) “They interact with the police, talk about their problems and get answers. It gives people a chance to know what is going on in the community.” Koslowitz attended two other precinct events that evening and said that precinct 112 had the biggest crowd.

The 112th Precinct Community Council, led by President Heidi Harrison Chain, organized the event’s festivities. “We have been working on this event since June,” said Karen Mongiello, the Sergeant at Arms on the Community Council. “I worked with the community, contacting local merchants to ask for food or money donations. Money from the raffle goes toward the event and then back to the community board.” The Council organizes many events throughout the year including driver safety events.

The success of the night was a team effort as local vendors set up tables such as The Queens Library, Lucille Roberts and Self Help.

Chain led the community in thanking the NYPD. “We are here to celebrate the police and all that they do,” said Chain.

“The cooperation in this community is great because the community is always together,” said Commanding Officer of the Transportation Bureau of the NYPD, Chief James Tuller. “Nights like these strengthen the relationship between cops and the community.”

A Forest Hills resident ended the night with “God Bless America” and a candlelight ceremony. She thanked the police for coming to her rescue last week, answering a 911 call in less than 10 minutes. “You saved my life. Thank you God and thank you officers.” 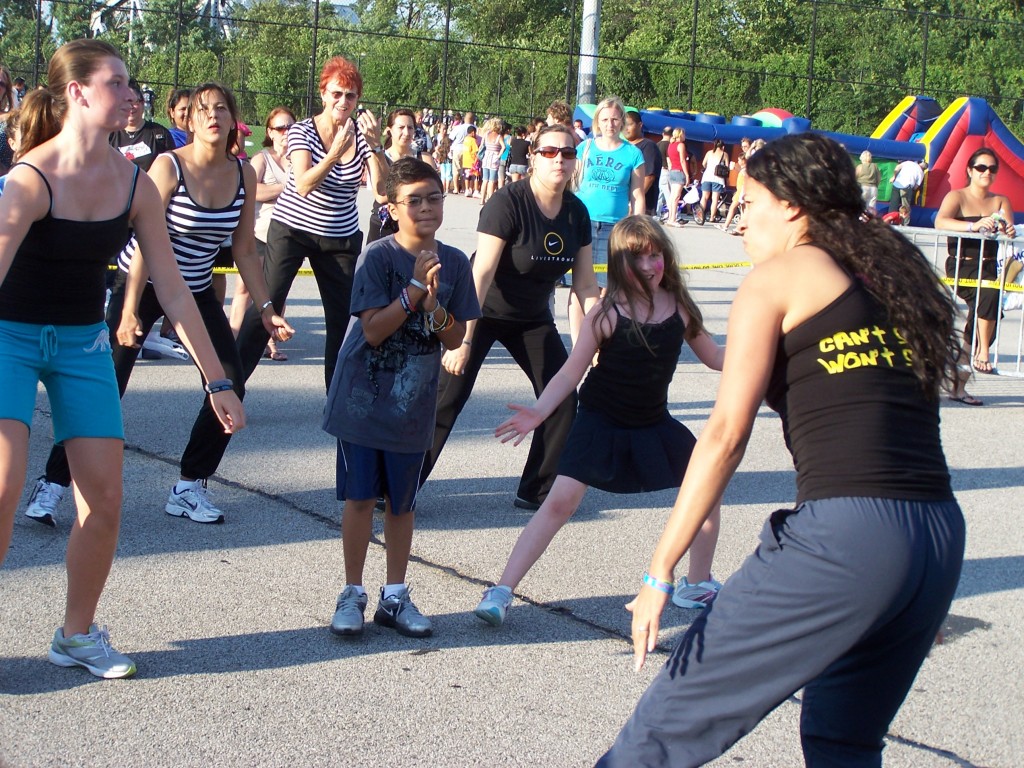